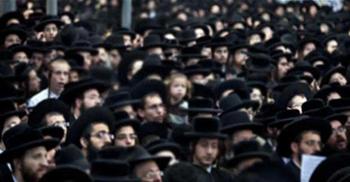 Israel’s rabbinical authorities have compiled a blacklist of overseas rabbis whose authority they refuse to recognize when it comes to certifying the Jewishness of someone who wants to get married in Israel.

The list includes a number of prominent Orthodox rabbis. Among them are a social activist in New York who has advocated for greater rights for women, a Canadian rabbi who is friendly with Prime Minister Justin Trudeau and a close colleague of the rabbi who converted Ivanka Trump.

The list of 160 rabbis is another sign of a deepening rift between overseas Jewish communities and Israeli religious authorities.

ITIM, a liberal religious group that obtained the list, says it does not know how the chief rabbinate compiled the names. The rabbinate did not respond to requests for comment.