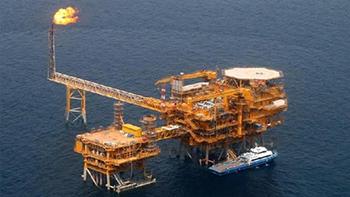 By Wael Mahdi and Rakteem Katakey
Libya and Nigeria, which have both boosted oil production since they were exempt from global cuts this year, may be asked to cap their crude output soon in an effort to help rebalance the market, Kuwait Oil Minister Issam Almarzooq told Bloomberg.

OPEC and non-OPEC producers have invited the two African nations to their committee meeting in St. Petersburg, Russia, on July 24 to discuss the stability of their production, Almarzooq said on the sideline of an energy conference in Istanbul. Almarzooq is the chairman of the committee monitoring the compliance of OPEC and non-OPEC producers with production cuts that started in January and have been extended to March.
“We invited them to discuss the situation of their production,” Almarzooq said. “If they are able to stabilize their production at current levels, we will ask them to cap as soon as possible. We don’t need to wait until the November meeting to do that,” he said, referring to the upcoming OPEC meeting scheduled for November 30.
Crude sank into bear territory last month amid concerns the cutbacks by producers of the Organization of Petroleum Exporting Countries, Russia and other allies are being partially offset by a rebound in production by Libya, Nigeria and U.S. shale production. Libya and Nigeria were both exempt from the cuts due to their internal strife.
The two countries came into focus after they seemed to resolve some of their political problems that had slashed their production. Libya’s oil production has climbed to more than 1 million barrels a day for the first time in four years. Nigeria’s output rose 50,000 barrels a day in June, according to a Bloomberg survey.
Libya and Nigeria’s exemption was a collective decision, and any proposal to include them in OPEC’s plans will also require a joint decision, Secretary General Mohammed Barkindo told reporters at the event in Istanbul. He said it is still too early to discuss steeper cuts by the group and its allies.
The OPEC, non-OPEC ministerial monitoring committee will discuss the impact of the output cuts on the market at the July 24 meeting, Almarzooq said. Deepening the cuts of the producers under the current agreement is not on the agenda, he said.
“It is too early to discuss deeper output cuts by OPEC, non-OPEC producers participating in the agreement to curb production,” Almarzooq said. “We just finished the meeting in May and we need to give it more time.”