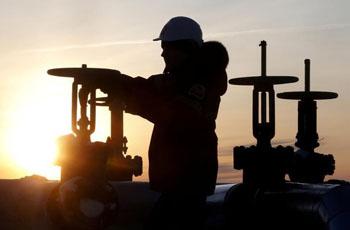 By Irina Slav
Oil is increasingly losing relevance in the performance of emerging market assets including, equities—and now, bonds and currencies. What’s more, the technology sector is apparently taking the space freed by oil—a trend whose implications have yet to fully manifest themselves. In any case, emerging markets are undergoing a significant transformation.

A recent Bloomberg analysis found that the performance of emerging market bonds in local currencies is diverging from the movement of oil prices. The author, Srinivasan Sivabalan, notes that previously, local-currency emerging market bonds and oil prices moved in sync. Now, bonds are going up while the price of crude is falling.
Currencies are also moving away from oil: the MSCI Emerging Markets Currency Index has been moving higher so far this year, while the Bloomberg Commodity Index has been declining. This split could have important implications for emerging economies that are major oil producers, including Russia and Brazil, as well as China.
Sivabalan notes that this split could have a negative effect on emerging market currencies if oil prices start to recover, but this is by no means a certainty. It’s difficult to imagine a scenario where rising oil prices push down the Russian ruble, for example.
Such a scenario is counterintuitive, and although this does not necessarily mean wrong, there seems to be no reasonable argument to the contrary. The same is likely to be true for the currencies of other emerging economies where oil plays a big part in state revenues and the value of the local currency.
And that’s not all. Oil is leaving no vacuum as it diverges with emerging market assets. Its place is being taken by technology companies, particularly in Asia—at least for now. Ten years ago, energy companies represented more than 15 percent of the MSCI Emerging Market Index, notes Reuters author Sujata Rao. Now, energy constitutes just 7 percent, while IT and electronics companies led by the BATs—Baidoo, Alibaba, and Tencent—constitute over 25 percent of the index.

The cyber security bull run is only just starting as an increasing number of hacker attacks is creating a multi trillion Dollar opportunity with the entire security market poised to see 4,750% growth by 2020.

While Asian emerging economies are still net importers of oil and other commodities, which is traditionally seen as commodity dependence, things are changing. The commodities, led by oil, are no longer the single most important factor that determines how their stock markets perform.
Over the first half of this year, in the latest demonstration of the deepening split between oil and emerging markets, the MSCI Emerging Market Index added 17 percent. For oil, January-June 2017 was the worst first half since 1998, Rao notes.
One analyst who spoke to Bloomberg, however, says this is actually how thing should be—it’s the norm. “That oil was doing well, equities were going up, that’s counter-intuitive,” James Audiss, senior wealth manager at Shaw and Partners Ltd., said. What is intuitive—and what actually makes perfect sense—is that cheap oil means lower production costs, and lower production costs mean better financial performance, which in turn means higher equity prices. For Audiss, what we are seeing right now is a return to normalcy.
The importance of oil as a performance influence is likely to continue its decline in the future, too. Although a lot of emerging economies are still heavily dependent on manufacturing or natural resource exports, the biggest among them are slowly but surely turning to a more mature economic makeup, and it’s not just about technology. It’s also about renewable energy: China and India both have large-scale plans in this area, which are aimed at reducing their dependence on that same oil that has been driving the movements of their stock and bond markets in the past few years.
By Irina Slav for Oilprice.com