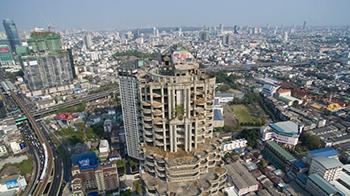 The West could learn a thing or two 20 years after the region plunged into turmoil.
by Mohamed A. El-Erian
Twenty years ago, I was working at the International Monetary Fund in Washington that would scramble — like almost everyone else — to understand and respond to cascading financial disruptions that would throw Asia into a deep recession. Important lessons were to emerge from an Asian miracle that was taking an unexpected turn for the worse, with frightening systemic implications.

Asia painfully learned, and adapted well, and what it taught us remains valid today for other countries, and not just emerging economies. Indeed, had the advanced nations also been more open to these lessons, the global economy could well have sidestepped the even bigger global financial crisis in 2008, whose repercussions are still being felt today.
Here are five of the most important economic and financial lessons whose relevance extends well beyond Asia:
No. 1. Self-insurance, although expensive, is the best way to secure resilience
Heading into the crisis, the combination of low international reserves, high debt and currency/maturity mismatches made Asia’s particularly vulnerable, not just directly but also by increasing exposure to domestic capital flight and sudden outflows of foreign funds. Asian countries had no choice subsequently but to build and rely on a big foreign reserve cushion. They also embarked on more prudent debt management, reducing the overall stock, lengthening maturities and lowering foreign-exchange exposure.
Despite the passage of time, it hasn’t been easy to wean some Asian economies from this defensive approach. As such, their international reserves have remained well above what would be warranted by traditional precautionary metrics. To offset the so-called negative carry that results — that is, earning less on the foreign reserves than the cost of associated domestic liabilities — a few took the additional step of segmenting their holdings into two distinct categories: reserves and wealth management. This helps Asia lessen the cost of maintaining a high level of financial resilience.
No. 2. Currency floats aren’t perfect, but they are better than the alternatives
As Indonesia, Malaysia and Thailand discovered during the crisis, a fixed exchange rate makes countries even more exposed to the disruptive effects of capital outflows. Yet such flexible currency arrangements, as important as they are, are no panacea. They need to be managed well, and accompanied by supportive policies. Otherwise, they can become a problem in themselves.
With high reserves and better debt management, Asian economies became less exposed to the collateral damage of fluctuating exchange rates — specifically, the extent to which a currency depreciation fuels inflation and raises the domestic cost of servicing foreign denominated debt. As such, the transition to a flexible exchange rate regime became a lot more effective in helping to navigate both domestic and foreign economic cycles. With that, the region became less vulnerable to the sudden stops in trade and commerce that are associated with dramatic adverse changes in international capital markets (such as the 2008 global financial crisis).
No. 3. Liberalize carefully while tweaking economic and financial management
It’s critical to take a measured approach to liberalizing the capital account of the balance of payments, something the “Washington consensus” that prevailed at the time had pressed hard on emerging nations. Rather than an end in itself, the careful and nuanced pursuit of capital liberalization became part of the redefinition of the region’s approach to managing the middle-income transition, one of the most difficult stages of the economic development process.
Asia came to understand well that foreign capital flows — and, especially, short-term portfolio inflows as opposed to longer-term foreign direct investment — constitute a double-edged sword. Yes, they help relieve financial constraints on the balance of payments and even the budget; and yes, they can be associated with the transfer of human capital. But they can also turn around suddenly, undermining the financial system and sucking valuable oxygen out of the economy. All of which speaks to the importance of getting the right mix and having contingency plans for sudden outflows.
No. 4. Interact with others, but also build regional institutional backups
A shift toward a stronger regional construct became another element of this redefinition. But it was a change that initially faced enormous external opposition and took considerable time to overcome.
Clear thinking from leading voices in business, economics, politics, foreign affairs, culture, and more.
In the midst of the crisis, several Asian governments felt that the conditional financing available to them from western-dominated institutions took insufficient account of local circumstances. But their attempt to compensate by building regional institutions — back then, centered on a new Asian Monetary Fund — was quashed by western countries. Although Asia did secure better central bank swap lines, the institutional construct remained heavily western dominated and oriented.
Fast-forward 20 years, and the situation has evolved. The west is less able and willing to block the Asian regional initiatives spearheaded by a more confident and assertive China. Witness the creation of the Asian Infrastructure Investment Bank (AIIB) and the “one belt, one road” project.
These regional arrangements can help Asia navigate the more fluid global economy. But there is nothing automatic about this. It requires careful design and implementation, minimizing political interference and maximizing operational autonomy and technical competency.
No. 5. Your greatest strength can also become your most glaring weakness
But perhaps the most important lesson of all is not to drink too much of your own Kool-Aid.
It was easy for Asian nations to believe they were exceptional; that they were immune from certain laws of finance and economics; and that nothing could derail their impressive economic development.
But as problems emerged, they were initially either ignored or papered over with measures that involved their own dangers. (Remember Thailand’s use of short-dated forward foreign exchange swaps?)
The same closed-mindset phenomenon made many advanced countries dismissive of what they can learn from others. Remember the notion that Japan’s economic stagnation “couldn’t happen here”? Or how western experts ignored the important structural insights from Asia’s experience?
In a strange way, the Asian crisis — as painful and as damaging as it was in the short run — saw the region emerge stronger, smarter, humbler and more flexible. Let us hope that the West follows course as it continues to deal with the hangover from both the causes and consequences of the 2008 global financial crisis.