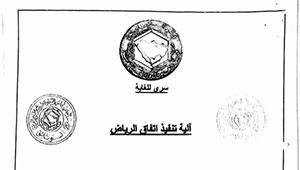 SIRAJ WAHAB & AISHA FAREED
JEDDAH: Qatar, which is in the eye of a storm following a tough stance taken by the Anti-Terror Quartet (ATQ), had signed agreements in the past that authorized its neighboring Gulf Cooperation Council (GCC) states to do what they deemed necessary to protect their security.
Copies of the agreements were leaked to CNN on Monday. The first — handwritten and dated Nov. 23, 2013 — is signed by the Saudi king and the emirs of Qatar and Kuwait.

It lays out commitments to avoid any interference in the internal affairs of other Gulf nations, including barring financial or political support to “deviant” groups, referring to terrorist groups.
The documents explicitly state that if the articles of the Riyadh Accord are not adhered to, GCC states will be within their rights to take all necessary measures to protect their security.
CNN said the existence of the agreements had been known, but both the content and the documents themselves were kept secret due to the sensitivity of the issues involved and the fact that they were agreed in private by heads of state.
Copies of the agreements were exclusively obtained by CNN from a source from the region with access to the documents. A Saudi source confirmed to Arab News their authenticity.

In a previous statement to CNN, Qatar’s foreign minister accused Saudi Arabia and the UAE of breaking the spirit of the agreements and indulging in an “unprovoked attack on Qatar’s sovereignty.”
But he never disclosed that Doha had agreed in writing to abide by those very demands in the past.
The ATQ — comprising Saudi Arabia, Bahrain, the UAE and Egypt — issued a joint statement that the leaked documents published by CNN show without doubt that Doha had breached the agreements it had committed to in 2013 and 2014.

While cutting ties and boycotting Qatar recently, the ATQ blamed Doha for not complying with the two agreements, which clearly barred it from supporting opposition and hostile groups in the GCC states, as well as in Egypt and Yemen.
Abiding by the agreements was among six principles the Gulf nations set as requirements to mend relations with Qatar in a statement released last week.
A supplemental document to the 2013 agreements signed by the countries’ foreign ministers discusses implementation.
It includes provisions barring support of the Muslim Brotherhood, as well as groups in Yemen and Saudi Arabia that pose a threat to the security of GCC countries (Saudi Arabia, the UAE, Bahrain, Qatar, Kuwait and Oman).
In March 2014, Saudi Arabia, the UAE and Bahrain withdrew their ambassadors from Qatar, alleging that Doha was not implementing the first agreement’s pledge not to interfere in other countries’ internal affairs.
The ATQ submitted a list of 13 demands to end the diplomatic crisis, including ending support for terror financing.
The list also includes demands to cut ties to extremist organizations, including the Brotherhood, Hezbollah and Daesh; to halt the development of a Turkish military base in Qatar; and to stop giving Qatari nationality to the wanted nationals of ATQ states.
The ATQ statement said the list of 13 demands presented to Doha is aimed at making it adhere to its previous commitments to the agreements reached in 2013 and 2014.
Fahad Nazer, a political analyst based in Washington, said the documents disprove Qatar’s claims that it is being boycotted for no reason.
“The release of the documents confirms what close observers of politics in the Arabian Gulf have known for a while,” he told Arab News. “The crisis between Qatar and its neighbors wasn’t a surprise. It was in essence a culmination of almost two decades of policies that were nothing short of interference in the domestic affairs of some of its closest neighbors.”
Lori Plotkin Boghardt, a fellow with the Washington Institute for Near East Policy, told Arab News that in view of the violations of the pacts, it would be difficult for the ATQ to take Doha at face value.
“Whereas before, Qatari promises to change were enough, this time the Saudis and Emiratis aren’t likely to accept only promises — they want to see actual changes in behavior before they let up on the pressure,” she said.
David Andrew Weinberg, senior fellow with the Foundation for the Defense of Democracies, said it is clear that Qatar violated the terms of its agreements with the other GCC states.
“There’s no doubt that Qatar has been a continued political sponsor of the Brotherhood, including since 2014,” he told Arab News. “It’s clear that Qatar’s Al Jazeera has remained antagonistic media, undermining the security of neighboring countries and the region.”