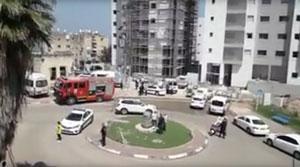 Gabbay took 52 percent of the votes cast by party members in the upset victory over Amir Peretz, a former defense minister and chairman of the party, who got 48 percent, according to results announced at party headquarters late Monday in Tel Aviv. He joined Labor just over half a year ago after starting his political career by helping to found the consumer-focused Kulanu party in 2013.
“Today a new path begins,” Gabbay, 50, told cheering Labor supporters in a victory speech. “You put your hope in a new leader, and here I am before you.”
Labor disposed of its incumbent leader, Isaac Herzog, in the first round of the primary last week, seeking a new chief capable of dislodging Netanyahu who has headed the government for longer than anyone since Israel’s first premier, David Ben-Gurion. Gabbay’s relative youth, distance from party politics and business background have drawn comparisons to French President Emmanuel Macron.
“He’s a new face, but unless something happens to Netanyahu himself, I think his chances of bringing Labor back to power are very slim,” said Avraham Diskin, professor emeritus of political science at the Hebrew University of Jerusalem.
Israel’s next election must be held by November 2019 but a series of criminal investigations could push that forward. Netanyahu has been interrogated by police about suspicions that range from trading political favors for champagne and cigars to conflicts of interest involving Israel’s purchase of German submarines. He has denied any wrongdoing in the cases.
Outside of Gabbay, Netanyahu’s other likely opponents include Finance Minister Moshe Kahlon of the Kulanu party and Yair Lapid, a former journalist who founded the opposition Yesh Atid party and served as finance minister in Netanyahu’s previous government. Education Minister Naftali Bennett, an opponent of Palestinian statehood, also has voiced leadership aspirations.
Gabbay was environmental protection minister in Netanyahu’s cabinet from Kulanu, but he moved to Labor last year after leaving the government to protest the firing of Defense Minister Moshe Ya’alon. Unlike Peretz, he is not a member of parliament and has no longstanding political following. But he offered a fresh approach and business credentials to a party seen by some critics as stuck in the past. Before joining politics, he was chief executive officer of Bezeq The Israeli Telecommunication Corp.
Party Roots
Labor’s roots stretch back well before Israel’s founding in 1948. It led the country to independence on a socialist platform and its leaders, of European descent, dominated its politics for three decades. Its iconic figures include Ben-Gurion; Shimon Peres, the architect of Israel’s defense establishment who later became its leading advocate for Middle East peacemaking; and Yitzhak Rabin, who steered peace treaties with the Palestinians and Jordan before being assassinated by a Jewish nationalist in 1995.
Over time, Labor came to be seen as elitist and in 1977 it lost power to the conservative Likud Party, which had the support of working-class Israelis of Middle Eastern and North African origin. Likud has governed for most of the 40 years since, and the last Labor premier was Ehud Barak, who was unseated in 2001 after less than two years.
Get the latest on global politics in your inbox, every day.
In a sign of how far the party has moved from its origins, Monday’s race was the first pitting two candidates of Moroccan ancestry. Peretz came to Israel from Morocco as a child and got his start in politics as mayor of Sderot, a hardscrabble southern town that’s a frequent target of Palestinian rocket attacks. Gabbay was born in Jerusalem to parents who also arrived from Morocco, but hasn’t placed his ancestry at the center of the campaign.
This was Peretz’s fourth race to lead Labor, which he headed a decade ago. He guided the party to second place in 2006 national elections.