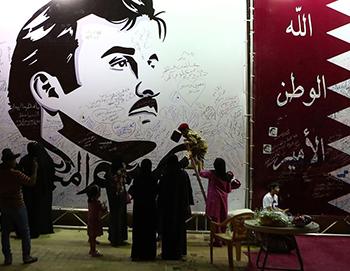 The Gulf country’s policy of trying to balance competing interests has finally caught up with it.
By Donna Abu-Nasr
When Sheikh Hamad bin Khalifa Al Thani handed the reins of power to his son in 2013, he said it was time “to turn a new page” in Qatar.
The emir’s abdication, an unusual move for a Gulf ruler, was expected to mark a change of course, with his youthful successor dialing back on foreign policy positions that angered neighbors and allies by, among other things, supporting the former Muslim Brotherhood government in Egypt.