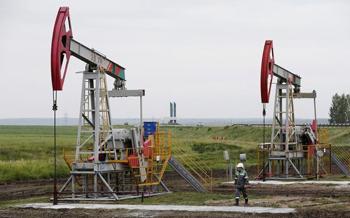 By Zainab Calcuttawala
High demand for air conditioning and fuel for road trips make summer the best time for the Organization of Petroleum Exporting Countries (OPEC) to cut production or exports to end or lessen the supply glut that has plagued oil markets for three years. Current oil prices, however, indicate that no one is holding their breath for OPEC to follow through with its “whatever it takes” promise to draw down supply.
The Energy Information Administration (EIA) predicted last month that gasoline consumption in the U.S. during the summer months will peak at 9.5 million bpd—up 20,000 bpd from 2016, a record high year for fuel demand, in what would be a prime time for OPEC to implement additional measures.

But de-facto bloc leader Saudi Arabia is expected to have increased exports in June—after two months of decline. True, it’s current production level is still below the 10.06 million bpd quota it promised back in November, but it’s not looking like the Kingdom’s production will fall lower like it did during previous months this year.
“Saudi Arabia has gone quiet on the solution of ‘whatever it takes’ to force the market into rebalancing,” Olivier Jakob at the Swiss consulting firm Petromatrix told World Oil. And that is indeed what traders are hoping will happen.
All price gains from the initiation of the much-awaited 1.2-million bpd cuts have now evaporated, and other bloc members, as well as non-OPEC producers, seem to be waiting on the KSA to make the next move. There’s a logic in this, because Saudi Arabia has a lot to lose in a low-price environment, and the upcoming Saudi Aramco IPO gives Riyadh the biggest incentive to fix the oil markets. A low share price could delay its precious Vision 2030, Crown Prince Mohammed bin Salman’s plan to create a service and commodities based economy that will no longer depend on oil.
Saudi Arabia took its sweet time getting in the production-cutting mood the first time around, spending two years after the initial crash watching the Venezuelan and Algerian economy fall apart. And when international sanctions against Iran were finally lifted in 2016, it undertook a production race to hold onto the market share it had gained during Iran’s six-year oil market hiatus.
When oil prices finally rose in January, so did cheap shale oil output in the United States, as U.S. producers viewed slightly higher fuel prices, even at the cost of a full market recovery, as an opportunity to bring new rigs online in the Permian and Bakken formations.
The cyber security bull run is only just starting as an increasing number of hacker attacks is creating a multi trillion Dollar opportunity with the entire security market poised to see 4,750% growth by 2020.

This North American shale was not on OPEC’s radar when member countries first discussed their cut late last year. President Barack Obama, with approval from Congress, lifted the ban on American oil exports in December 2015, but it took most of 2016 for U.S. marketers to break into international markets that have been dominated for decades by Russia and Middle Eastern and South American petrostates. The latest report from the Census Bureau pegs U.S. exports at 1.02 million bpd in May, up 20,000 barrels per day from April. Those supplies alone counteract over 80 percent of the OPEC cut. Add new output from Nigeria and Libya to the equation and you have enough production to quash any OPEC efforts to curtail the 2 million bpd excess in supplies that caused the price crash in the first place.
“For some time we’ve been saying OPEC needs to step up,” Amrita Sen at Energy Aspects told World Oil last week. “Exports need to come down further.”
Riyadh has tried to lower exports to American buyers, but No. 2 OPEC producer Iraq willingly supplied the U.S. with oil in its stead, preventing the intended decline in U.S. inventories.
Meanwhile, Asian docks could be holding as many as 50 very large crude carriers (VLCC), each carrying up to 2 million barrels of oil, as of last month, as traders hold increasingly high volumes of oil in the wake of a 10 percent fall in oil prices since late May.
In light of the high global inventories, a set of seasonal production cuts for the summertime would go a long way towards rebalancing market fundamentals, and “whatever it takes”—whatever that is—would have the most impact during this time.
By Zainab Calcuttawala for Oilprice.com