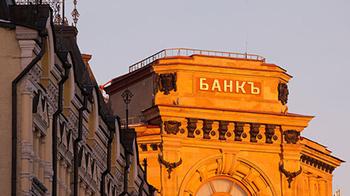 The Central Bank of Russia (CBR) has begun closure procedures against Jugra, the country’s 30th largest bank by assets. The regulator has put Jugra under provisional administration for six months to avoid Russia’s biggest banking collapse in recent years.
Under the regulator’s “financial rehabilitation program” banks under temporary administration are either absorbed by larger banks or liquidated because of their massive debt.

“The powers of shareholders connected with participation in the authorized capital and the powers of the managing bodies of PJSC BANK JUGRA are suspended for the period of provisional administration activities. The key objective of the provisional administration is to carry out an inspection of the bank’s financial situation,” said the CBR in a statement. The central bank referred to the federal law on insolvency.
Deposits are insured up to 1.4 million rubles ($23,000) and will be available in two weeks, according to the central bank. With $3 billion in deposits, the payouts could possibly be the largest in Russian history.
Jugra has seen significant growth in recent years. It rose from the 272nd largest bank in Russia in 2012 to 35th biggest by 2015.
More recently, the central bank began to suspect Jugra of shady operations with assets withdrawal and deposits.
“Over the past few months, we have signs that the reporting the bank provides to us is unreliable,” said Central Bank Deputy Governor Vasily Pozdyshev.
The bank has accumulated about $3 billion in deposits by offering clients unusually high returns. The raised cash was reportedly used to bankroll business projects of the bank’s owners, Belarusian businessmen, father and son Yuri and Aleksey Khotin.
Experts say the bank’s assets back only a fraction of that money.
“As of June 1, the liquid assets of the bank…covered only 5.2 percent of borrowed funds, which is extremely low,” an analyst at Expert RA Yuri Belikov told the TASS news agency.
About 81 percent of Jugra’s assets are loans to corporate clients, most of which are issued for over three years, he noted. Losses may reach up to 40 percent.
According to various estimates, the hole in the bank’s balance sheet is over $1.5 billion.