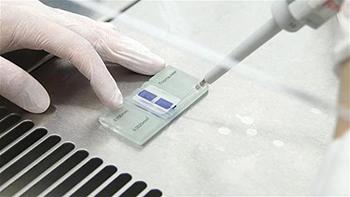 A Cuban-developed cancer vaccine that is not licensed in any country other than Argentina is now being tested on 39 cancer patients in five different health centers in Turkey.

Although not a cure, the drug named Racotumomab has been shown in previous clinical trials conducted in Argentina and Cuba to extend survival about two to three months on average.

The Turkish Pharmacists’ Association is bringing the medicine to the country at a cost of $2,620 per dosage. Blood samples taken from patients in Turkey are sent to a hospital in Istanbul to determine the patients the medicine is effective on.

“The body [of the cancer patient] learns to regress, stop the illness or at least learns to recognize what is not of itself [with this medicine]. Patients in Turkey have been ordering these vaccines for about three years now,” Mandel said.

Mandel added that some Turkish patients have been bringing the vaccine themselves by going to Cuba personally, instead of ordering them through the Turkish Pharmacists’ Association in a temperature-controlled supply chain called “cold-chain.”

“They are shot the 1-2 starting dosages in those [Cuban] hospitals, and then bring the rest of the dosages in suitcases to Turkey. But because the medicine is not kept under proper conditions, the cold chain breaks. Patients therefore keep getting the ineffective medicine. And sometimes tourists buy fake medicines on the streets for a couple of hundred dollars and bring them to Turkey. The producer in Cuba, Molecular Immunology Center (CIM), does not provide a guarantee for the medicine brought by these two ways,” Mandel said.

Mandel also touched upon the side effects of the medicine, saying they have not seen any yet. “This is a big advantage. Before the treatment, we want to find a biomarker that will determine which patients the medicine will work on. We have observed the lymphocyte responses of the patients, and this is a meaningful result for us. We are using [the medicine] especially for lung cancer, but there have also been some who used it for breast cancer and pancreatic cancer,” she said.

Despite giving hope, the medicine is not yet in a position to “replace the standard cancer treatment,” according to Mandel. “It [the medicine] can be used together with the standard treatment or can be given consecutively. There are many patients who have been subjected to chemotherapy but are anxious and saying, ‘What am I going to do now?’ It [the medicine] is an appropriate choice for the patient group for whom we are not providing an on-treatment. The patient both thinks that they have not been left unconfined and we continue with a medicine that has no side effect,” she added.