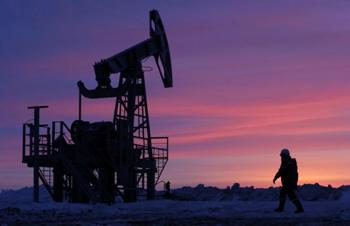 In the agency’s latest monthly short-term energy outlook, it forecast that 2018 crude oil output will rise to 9.9 million barrels per day from 9.3 million bpd this year, a 570,000 bpd increase. Last month, it forecast a 680,000 bpd year-over-year increase. The agency’s forecast for 2017 is unchanged.
“A lower forecast for crude oil prices is expected to shave a little off projected growth in U.S. oil production next year compared with the previous forecast,” said Howard Gruenspecht, acting EIA administrator.
The EIA cut its 2018 pricing outlook for global benchmark Brent crude futures to $52 a barrel down $4 a barrel from the previous month.
Still, output of 9.9 million barrels a day would be a record for U.S. production, Gruenspecht said.
Growing U.S. crude output has put pressure on OPEC to cut production in an effort to shrink a global crude glut that has weighed on prices, causing a price rout that has reduced oil prices since 2014.
U.S. demand growth in 2017 is expected to be slightly lower than previously forecast at 310,000 barrels per day, compared with 320,000 in the June forecast. U.S. 2018 demand is expected to increase by 360,000 bpd, up from 310,000 bpd previously.
Reporting By Jessica Resnick-Ault; Editing by Tom Brown