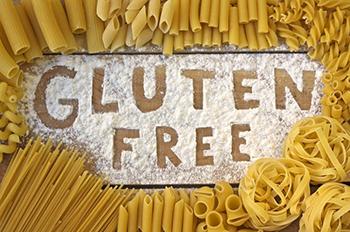 By Roxxi L
Type 1 Diabetes is an autoimmune disease in which a person’s pancreas’ beta cells stops the production of insulin. In a healthy individual, the hormone insulin is released after eating in order to obtain energy from food. The onset of the disorder is not related with diet or lifestyle, but scientists believe that both genetic factors and environmental triggers are in some way involved. Unfortunately, type 1 diabetes is a disease that can strike at any age. Once it does, it requires the dependence on insulin pumps or injections for the rest of your life. There is also nothing one can do to rid themselves of this disease at the moment.

Scientific Research
Researchers at the University of Copenhagen in Denmark have acquired findings from animal studies that may apply to humans. These experiments show that mouse mothers have the ability to prevent type-1 diabetes in their pups by eating a gluten-free diet. One of the highest incidence rates of type 1 diabetes is in Denmark, with over 1% of its population with the disease. Experiments on mice indicate that the disease may be preventable, provided that the mother of the mice is switched to gluten-free diet.
Optimistic Results
With this news comes optimism from researchers that the same effect could be replicated in humans and provide effective protection to high-risk children. Researchers indicate that the dietary shift to gluten free would have to take place during the pregnancy and lactation in order for the possible protective effects to be activated.
Effects of a Gluten-Free Diet
Just how did the gluten-free diet protect mice pups in the study from developing type 1 diabetes? Research indicates that the protection came in the form of the effects the diet had on bacteria. The intestinal flora largely accounts for immune system growth, as well as type 1 diabetes development. The diet in the experiments changed the intestinal bacteria in both the mother and the pups. Researchers suggest that the protective effect of a gluten-free diet can be attributed to certain intestinal bacteria. There is also no evidence of any side effects from avoiding dietary gluten. The scientists are hoping that it will be possible to continue their work in order to start a large scale clinical test to prove or disprove their hypothesis. The knowledge about how gluten modifies the immune system and certain intestinal bacteria can then be used to create new treatments.