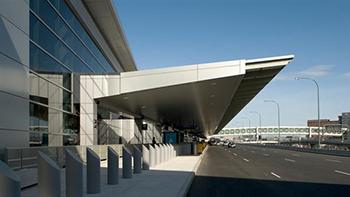 An Iranian medical researcher and his family of four were detained on arrival at an airport in the US city of Boston and later returned to Iran despite holding valid visas.

Cancer researcher Mohsen Dehnavi and his wife and three very young children had reached the Logan International Airport in Boston late on Monday but were detained by immigration officials, according to The Boston Globe.

Dahnavi had obtained a visa enabling him to participate in research activity at the Boston Children’s Hospital.

The daily cited US Customs and Border Patrol (CBP) spokeswoman Stephanie Malin as saying that Dehnavi and his family had been put on a return flight on Tuesday.

The incident was apparently not related to a ban by the administration of US President Donald Trump on travelers from six Muslim-majority countries, including Iran. But details were not clear.

“Based on what we know, it’s not travel-ban related. It’s probably something much more stupid than that,” said Susan Church, the chair of the New England chapter of the American Immigration Lawyers Association. She did not explain.

Two weeks ago, the US Supreme Court upheld a revised version of Trump’s ban on travelers from Iran, Libya, Somalia, Sudan, Syria, and Yemen, though it excluded visitors with a “bona fide” family tie.

Mohammad Rashidian, a researcher at the hospital, said airport officials had told Dehvani that his family would need to speak to the State Department to complete additional paperwork to be allowed into the US. It was not clear if the paperwork was carried out or not.

“They were so worried” as they faced the predicament, he said of the family.

Trump’s travel ban, which has infuriated human rights bodies, has affected other Iranian academics, researchers, and scientists, too.