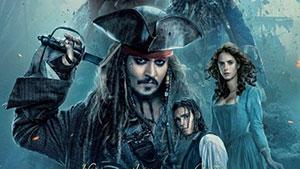 Dead men may tell no tales but Screen Queensland is determined to keep quiet about how much it paid for Disney to set course for Gold Coast studios.

The state government body crossed swords with the Information Commissioner at the Queensland Civil and Administrative Tribunal on Wednesday, arguing it should be allowed to keep secret its business dealings over the fifth Pirates of the Caribbean movie.

Mr Boyd was given a one-page ministerial briefing with the payment amount redacted, something the Information Commissioner ruled was not acceptable.

The court heard it was only fair for the state to release the figure given the Australian federal government had freely divulged its $21.6 million contribution.

“Queensland competes to attract international production, not just with other jurisdictions in Australia but really with jurisdictions around the world,” Ms Vieira said.

“We don’t want to show our hand to the other states, much like they will not show their hand to us.”

Mr Boyd said information should be made available to the public when it came to taxpayer money and holding government agencies to account.

“I believe that the Queensland people should know how much money is gifted to US corporations to make feature films,” Mr Boyd said.

Judge Suzanne Sheridan reserved her decision for a later date.