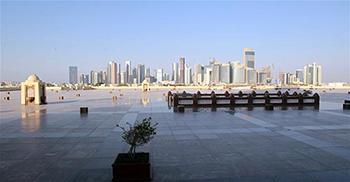 Turkey has sent 197 cargo planes, 16 trucks and one ship to Qatar since the crisis broke out last month between it and other Gulf states, Economy Minister Nihat Zeybekci stated on July 12.

“Turkey has so far sent a total of 197 cargo planes, 16 trucks and one ship to meet the daily needs of Qatar. We will keep meeting its daily or longer-term needs in the coming period,” Zeybekci said, as quoted by Reuters.

At a meeting with Zeybekci in the Turkish capital Ankara, Qatari Economy Minister Ahmed bin Jassim al-Thani said Doha’s sea and air trade was continuing without disruption despite sanctions, adding that both countries want to boost their bilateral ties.

Al-Thani said more opportunities would likely be created for Turkish companies in their activities in Qatar.

Ankara has backed Qatar after Saudi Arabia, Egypt, the United Arab Emirates and Bahrain cut all economic and diplomatic ties with it, accusing Doha of supporting terrorism.

The four Arab states leading the boycott of Qatar stated on July 11 that their sanctions would remain in place until Doha meets a list of tough demands, specifically saying they would keep a close eye on the tiny Gulf monarchy’s efforts to fight terrorism funding.