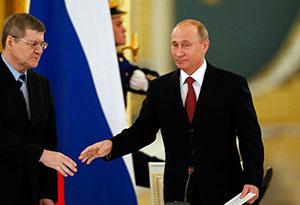 Technically, there’s no such position. But the man who holds the office’s nearest equivalent in Russia is a Putin loyalist of long standing.