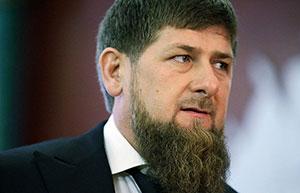 The head of the North Caucasus republic said the evidence in court was highly questionable, according to his press service.

The court found guilty all the five defendants giving them 11 to 20-year sentences in a high-security penal colony. The decision was made by Judge Yuri Zhitnikov based on the jury’s guilty verdict.

The perpetrator of the murder, Zaur Dadayev, a former deputy commander of the Sever battalion of Chechnya’s Interior Ministry, was sentenced to 20 years in prison. Anzor Gubashev was handed 19 years and his brother Shadid Gubashev 16 years. Temirlan Eskerkhanov and Khamzat Bakhayev will spend 14 years and 11 years behind bars, respectively.

“The verdict of the Moscow District Military Court in the case of Boris Nemtsov’s killing looks strange as it announced a 20-year sentence in a strict colony regime having a dubious evidence of guilt,” Kadyrov said during a meeting with the leadership of the republic’s Interior Ministry’s units in Grozny.

Russian Investigative Committee Spokeswoman Svetlana Petrenko earlier said that the investigators had managed to collect and present to the court the evidence confirming that the defendants were guilty. The investigators had thoroughly examined the CCTV camera footage that along with the evidence of witnesses confirmed that the defendants had known each other and gathered at a certain place before and after the murder.

According to the spokeswoman, the investigators’ theory was confirmed by the bulk of collected evidence, including DNA and biological tests, and trace examinations.

The lawyers plan to appeal the sentence and expect that the Russian Supreme Court will quash the sentence. The acquaintances of Nemtsov believe that the sentence is too mild.

Boris Nemtsov, former deputy prime minister under then-President Boris Yeltsin, co-chairman of the Parnas party and lawmaker of the Yaroslavl regional legislature, was gunned down in downtown Moscow on February 27, 2015. Five persons were arrested on suspicion of murdering the politician: Zaur Dadayev, Anzor and Shadid Gubashev, Temirlan Eskerkhanov and Khamzat Bakhayev. Another suspect, Beslan Shavanov, put up resistance to police and blew himself up.

According to investigators, Ruslan Mukhudinov, a former officer of the Chechen Sever (or North), is the mastermind and organizer of the murder. Mukhudinov was charged in absentia. He has been on the international wanted list since November 2015. A criminal case against him is investigated separately.