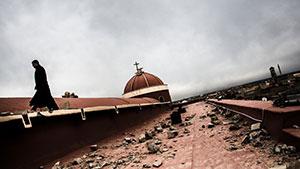 By Katrin Kuntz
Before Islamic State invaded, Qaraqosh was home to Iraq’s largest Christian community. Now liberated after three years of occupation, little remains and former residents are considering whether its worth rebuilding in a country with an unclear future.