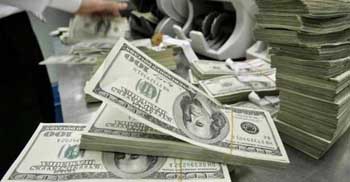 “The current account deficit recorded $5.24 billion, indicating an increase of $2.13 billion compared to May of the previous year, bringing the 12-month rolling deficit to $35.3 billion,” the Turkish Central Bank said.

The bank stated this development in the current account was mainly attributable to the increase in the deficit in goods items by $1.82 billion to $5.64 billion, followed by a $521 million rise in the primary income deficit to $956 million in May.

Travel items, which are a major part under services, recorded a net inflow of $1.21 billion in May, increasing by $181 million compared to the same month of 2016, the bank added.

Meanwhile, the country’s current-account deficit in the first five months of this year stood at $16.85 billion, up from some $14 billion compared to the January-May 2016 period.

According to the central bank figures, the country’s highest annual current account deficit in the last 20 years was $74.4 billion in 2011.