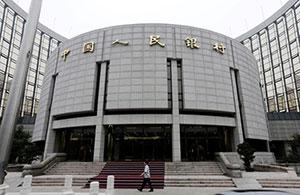 “We will strengthen the PBOC’s role in macro-prudential management and in averting systemic risk,” Xi said, adding the country would increase the accountability of regulators and the supervision over regulatory bodies.

Ahead of the closed-door event, economists had widely expected the meeting to focus on how the central bank could better coordinate with the country’s three main financial regulators to manage risk in the financial system.

China’s financial regulators are gathered in Beijing in a once-in-five-years huddle to discuss how better to tackle weakness in the financial system. The most recent meeting in 2012 yielded no significant policy change.

Ahead of a leadership reshuffle in the autumn, Beijing has zeroed in on the stability of the economy and financial system, cracking down on risky behavior by insurers and lenders, as well as targeting high levels of corporate debt.

In 2015, a poorly coordinated response to a stock market crash in China drew scrutiny on the government’s response. Premier Li Keqiang openly criticized the financial regulators as not responding sufficiently.

In March this year, the new CBRC chief Guo Shuqing said the banking regulator was collaborating with other regulators to create a framework to close loopholes in rules for cross-market financial products.