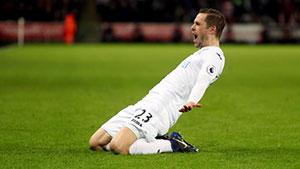 Everton are determined to sign Gylfi Sigurdsson from Swansea, with Ross Barkley on the verge of a switch to Spurs – Paper Talk!

THE MAIL ON SUNDAY