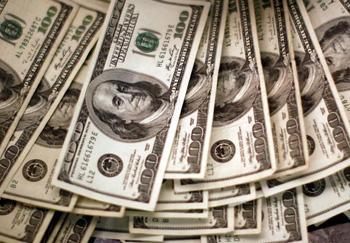 Strength in retail sale and industrial output helped offset a weak start for Shanghai stocks which may have been linked to talk of tighter financial regulations.

“It is encouraging for global growth as well because China is the second largest economy on the planet,” said Craig James, chief econOmist at fund manager CommSec in Sydney.

“Based on this data, there is no need for easing and no need really for tightening either because inflationary pressures are very much contained,” he added. “So I think the central bank just continues to be watchful.”

Currency charts were already crowded with milestones with the euro near ground last trod in May 2016 and sterling at its highest since September. The pound’s 1.2 percent jump on Friday was the largest in three months and left it at $1.3106.

The dollar did regain a little ground on the yen to 112.61, having shed a big figure on Friday when U.S. data showed surprisingly soft readings for consumer prices and retail sales.

The repeated disappointment on prices cast a question mark over the Federal Reserve’s confidence that inflation would soon rebound.
Slow Motion

“It is a mixed picture that is likely to leave the Fed cautious, and it is little wonder markets have lowered the odds of further rate hikes this year,” said ANZ economist David Plank.

“Whether it also delays the start of balance sheet normalization remains to be seen, but we suspect the Fed will want to push on with that for now.”

Fed funds futures imply around a 50-50 chance of another hike by December, and have less than two moves priced in for all of next year. Fed policymakers have penciled in one more rise this year and a further four in 2018.

The prospect of a slow-motion Fed dragged Wall Street’s favored gauge of fear, the CBOE Volatility index, to its lowest since December 1993.

Periods of market calm favor carry trades since they lessen the risk of sharp and sudden reversals that would stop investors out of their leveraged positions.

That encouraged flows into higher-yielding currencies, ranging from the Australian dollar to the Mexican peso and South African rand, and into emerging markets stocks.