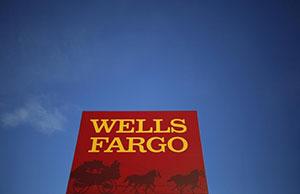 (Reuters) – Wells Fargo (WFC.N) and a number of other lenders are negotiating to take control of a hedge fund previously valued at more than $2 billion that is now worth close to nothing, according to a report from the Wall Street Journal.

EnerVest Ltd., a Houston private equity firm that focuses on energy investments, manages the private equity fund that focused on oil investments. The fund will leave clients, including major pensions, endowments and charitable foundations, with at most pennies on the dollar, WSJ reported.

The firm raised and started investing money beginning in 2013 when oil was trading at around $90 a barrel and added $1.3 billion of borrowed money to boost its buying power. West Texas Intermediate crude prices closed at $46.54 a barrel on Friday.

“We are not proud of the result,” John Walker, EnerVest’s co-founder and chief executive, wrote in an email to the Journal.

Only seven private-equity funds worth more than $1 billion have ever lost money for investors, according to data from investment firm Cambridge Associates LLC cited in the report. Among those of any size to end in the red, losses greater than around 25 percent are extremely rare, though there are several energy-focused funds in danger of doing so, according to public pension records.

The Orange County Employees Retirement System was also an investors and has reportedly marked the value of its investment down to zero.