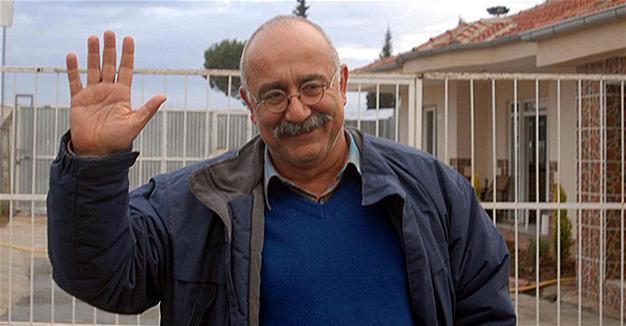 Turkish-Armenian linguist and writer Sevan Nişanyan, who was jailed in 2014 over charges of illegal construction in the town of Şirince in the Aegean province of İzmir, announced in a Twitter post on July 14 that he had escaped from prison.

“The bird has flown away. The same wishes to the remaining 80 million,” read the message on Nişanyan’s Twitter page.

Nişanyan changed his profile photo on Twitter in the evening hours of July 14 and replaced it with a photo of a flying bird.

Nişanyan, who had left the prison on sanctioned leave, was supposed to surrender to the Foça Open Prison in İzmir by 9:45 a.m. on July 14, but he did not do so, according to the information obtained by daily Hürriyet.

“I was in prison and now I am not. I am not thinking of going back to the prison,” said the writer by phone, confirming the reports to the Doğan News Agency.

“I do not know where I am either [but] I wish the same for everyone who is the victim of oppression,” he reportedly said when asked by the agency whether he was in Turkey or abroad.

The writer also confirmed his escape to the Turkish daily Habertürk indicating he could not yet give information as to when and how he fled from prison.

“I do not want to comment on that topic. It is a bit too early to talk about methods and procedures. I will tell all the details when the time comes, let no one have a doubt. But, it is not yet the time,” Nişanyan reportedly told the daily when asked of how he had escaped.

“I thought the 3.5 years [I served in prison] was enough. Therefore, I thought it was now time to take a bit of a breath. This is what happened. Utilizing some unique circumstances or deficiencies of Turkey, in this situation, I have decided to go out of our state’s control,” he added further.

Nişanyan was imprisoned in Jan. 2, 2014 on nine different charges to serve for 11 years and six months in jail after completing the construction of a house in Şirince town despite a court decision. The court had previously ruled that Nişanyan should not enter the area, regarded as a natural site.

Nişanyan is one of Turkey’s leading linguists. He has penned columns for the Turkish-Armenian weekly Agos and the daily Taraf.