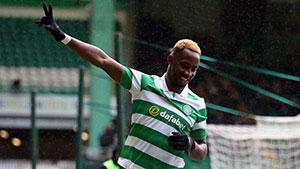 Moussa Dembele and Virgil van Dijk are both tipped for moves to Arsenal in Monday’s edition of Paper Talk.

Jurgen Klopp will not budge from his number one transfer targets for Liverpool this summer.
DAILY EXPRESS

Arsenal boss Arsene Wenger is ready to make a swoop for Virgil van Dijk and Moussa Dembele this summer.

Back Virgil van Dijk at 25/1 to join Arsenal!
THE SUN

Virgil van Dijk could still move to Liverpool after admitting he only wants a £60million move to Anfield.

Sean Dyche could give veteran goalkeeper Shay Given a contract at Burnley.
DAILY MAIL

Theo Walcott has warned his Arsenal team-mates to step it up this season.