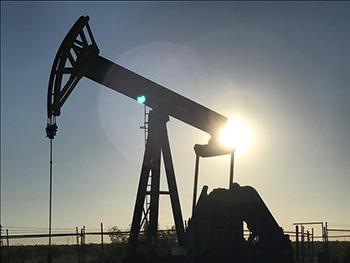 By Irina Slav
One commodity analyst got it right: the OPEC cuts would not work. After November last year when the oil cartel announced its agreement with Russia and 11 other producers to curb production in a bid to prop up prices, the overwhelming mood was optimistic. The main worries were that some members would cheat and that U.S. shale may prove to be more resilient than previously believed.

That’s exactly what happened. U.S. shale did prove more resilient, although it has its own cloud hanging over it: debt levels. OPEC members did not exactly cheat, but some of them were slow to reduce their output as agreed. And, of course, Russia got the better end of the bargain, agreeing to a puny 300,000 bpd reduction—and a gradual one at that—from its record-high October daily production rates, while Saudi Arabia had to shoulder a burden of about half a million bpd.
Prices went up to about US$50 a barrel in the month immediately following the agreement, and stayed above US$50 over January. Then the oil price slide began—hesitant at first, and then steadier as the months went by.
Today, oil is back to pre-agreement levels, and optimism has largely given way to pessimism. Eugen Weinberg has been saying this for a while, but he has been a lonely voice among bankers who rushed to revise their oil price forecasts upwards before the ink on the OPEC agreement was dry.
Commerzbank’s head of commodity analysis wrote in early December that the OPEC production cut would only serve to strengthen the rise in U.S. production, and he kept his outlook on oil prices unchanged: Weinberg forecast that crude would slide below US$50 this year, which is exactly what is happening right now. Meanwhile, these same banks that were quick to revise their price outlook upwards are now just as quick to downgrade their earlier outlooks as the bleak reality firmly settles in.
Weinberg advised OPEC to change tack and go back to what it set out to do initially: stifle U.S. shale by pumping at maximum. “They should let prices crash to kill shale and then aim for steady price increases in the long term,” Weinstein told Bloomberg. The question remains, however, whether OPEC, with oil-reliant budgets already strained, could afford this tactic reversal now that they’ve suffered price lows for an extended period of time.

Canada’s Cannabis Boom is creating a $30 Billion Investment Opportunity for investors and this small company could explode upwards in the next few weeks as investors start to flock to the space.

And while it would hurt to do just that, OPEC may not have too much of a choice. The options right now are 1) to keep going with the cuts as-is, 2) to deepen the cuts, and 3) to give up the cuts and follow Weinberg’s advice. The first option would result in no great change in prices, most likely, and it might add fuel to diversification efforts. These efforts, however, require a lot of investment, which would be hard to come by if OPEC chooses option three.
Option two is perhaps even worse than the others: an OPEC insider, Qatar’s ex-Oil Minister Abdullah al-Attiyah, told Bloomberg that deeper cuts will only benefit U.S. shale boomers, and would not benefit OPEC. “The problem is that there is someone waiting in the dark corner for OPEC — it’s shale oil producers and whenever prices rise, they raise production,” he said.
In the price context, Weinberg’s suggestion to return to maximum production may at some point make the most sense. Prices may indeed take a nosedive if OPEC turns the taps on full max. Yet, the decline may not be as severe as OPEC fears—a possibility that would further poke gaping holes into precarious oil-dependent budgets.
And given the political diversity of OPEC, would the group realistically be able to rally its troops behind such a painful move, even if it wanted to?
By Irina Slav for Oilprice.com