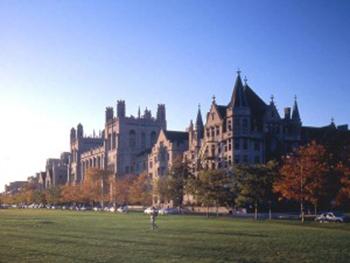 The issue of “tolerance” can be complicated, even paradoxical, such as extending tolerance to intolerance with the possibility that the intolerance will ultimately eliminate tolerance, explains Lawrence Davidson.

In case you haven’t noticed, the United States is a country deeply divided on a large number of basic issues: racial issues, gender issues, issues of sexual preference, the role of government in society, the role of religious views in shaping laws, and so on. Influential Institutions, such as media outlets, are being labeled as “left” or “right” depending on how they report or relate on these issues.

Battles now rage on these topics in the halls of Congress. Finally, the Supreme Court’s legal decisions on cases that reflect these questions have been trending toward the “conservative” end of the spectrum. All of this makes it quite difficult to have a meaningful discussion or debate about such issues in the public realm. Such attempts have often led to further divisiveness instead of reconciliation – reflecting what some might describe as an ongoing culture war.

The one place where thoughtful debates are usually encouraged is on the university and colleges campuses. This is particularly so in the “humanities” and “social sciences” classrooms, where you find courses in history, English, foreign languages, sociology, anthropology, political science and the like. Such areas of study draw on diverse source material and examples. And so, running against the popular grain, so to speak, divisive issues often become legitimate aspects of study.

This process of study and discussion concerning controversial topics has been going on at U.S. campuses at least since the end of World War II. By the 1970s clear preferences as to how these issues should be thought about appeared. And, they consistently agreed with a tolerant stand that maximized the virtues of equality and social justice. It should come as no surprise that faculty in these areas are usually left of center on the political spectrum.

Thus, the campus consensus is that while an individual can privately feel as he or she likes about topics such as homosexuality or racial integration, and can choose their social circle accordingly, it is wrong to publicly act in an overtly discriminatory way. Until recently the courts have agreed with this position, but now things appear to be changing.

Such a trend in the direction of public intolerance has begun to isolate the campus environment while at the same time denigrating the tolerant position as “political correctness” — as if being correct and thus legitimate, appropriate and proper was a failing.

A Republican Attack on the University

This process of isolating one of the staunchest bastions of active public tolerance has recently been highlighted by a new (July 2017) report of the Pew Research Center entitled Sharp Partisan Divisions In Views of National Institutions.

According to the report, there has been “a dramatic attitude shift on higher education among Republicans and people who lean Republican.” It would seem that “Republicans have soured on higher education, with more than half [a reported 58 percent of them] now saying that colleges have a negative impact on the United States.”

The more conservative the Republican respondent described him- or herself, the more likely they are to have a negative view of higher educational institutions. This compares with 72 percent of Democrats who saw the contribution of colleges on society as positive. Of course, Democrats now have problems getting elected.

There is a link between those who hold a negative view of institutions of higher learning and those who confine themselves to watching or listening to the country’s right-wing media.

As it turns out, “Virtually every day Fox News, Breitbart and other conservative outlets run critical articles about free speech disputes on college campuses, typically with coverage focused on the perceived liberal orthodoxy and political correctness in higher education.” Now consider that Fox News is the most popular news (or shall we say, alleged news) show on U.S. television.

The success of right-wing news and other media is a good example of viewers practicing, perhaps unconsciously, confirmation bias. The criterion for the information you seek out is not accuracy or truth, but rather its ability to confirm an outlook you already hold.

Of course, one does not have to be right-wing to play this particular game but, ultimately it makes a difference if you are among the intolerant. Intolerant worldviews are closed systems. Once you have committed to them you have put on blinkers and become one of the faithful — no more debates, no more discussions, no more broadmindedness, no more tolerance. People without your blinkers start to appear as dangerous, heretical, unpatriotic. You are now bound to a “group think” that is starkly undemocratic.

As intolerance under the leadership of Republicans and neo-Republicans (Trump, Bannon, Tea Party types, etc.) becomes more widespread, those institutions that value tolerance come under pressure. This sometimes comes from right-wing media, sometimes from special interest donors and lobbyists, and sometimes, in the case of college and universities, from pockets of students (both right and left) who have decided that some outlooks are so unacceptable that they must be silenced. Whenever reasonable this last action should be avoided.

If you don’t like what campus speakers stand for or say, one’s default position should not be to shut them down, but rather to use their presence as a teaching moment: here is how not to build a healthy society. However, in the midst of a culture war, the tolerant may ultimately find themselves painted into a corner.

We can legitimately ask how far the Republican Right is willing to push their campaign of intolerance against tolerant college campuses. Having lost the open campus debates on an array of divisive issues, they now react with a poisonous version of sour grapes. They declare that “colleges have a negative impact on the United States.”

If they take this charge to Congress or to the courts, we may come to a point where tolerance of extreme intolerance is no longer reasonable. Given that level of threat we should all be aware of Karl Popper’s description of the paradox of tolerance: “unlimited tolerance must lead to the disappearance of tolerance. If we extend unlimited tolerance even to those who are intolerant, if we are not prepared to defend a tolerant society against the onslaught of the intolerant, then the tolerant will be destroyed, and tolerance with them.”

This is the dilemma that is forced upon us when war — in this case a culture war — takes over the public mind. The space for tolerance shrinks and it is the barbarians among us who start to define the rules of social interaction.