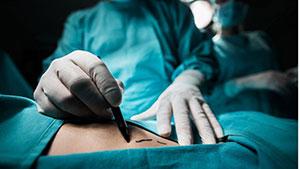 By Dr. Manny Alvarez -FoxNews.com
As much as people would like to wholly trust their doctors, medical errors do occur more often than is comfortable. The numbers indicate that these errors may account for thousands of deaths each year. While we know that doctors’ work proves difficult, are there preventable distractions putting patients’ safety at risk?

According to lead researcher Martin Makary, a professor of surgery at Johns Hopkins University School of Medicine, medical errors are rampant in the US. Makary’s data shows the number at 2—3 times higher than previously thought, a whopping 250,000 a year.
In addition, the FDA attests that errors related to medication cost at least 1 life every day and injure over 1 million annually. Regardless of the numbers, doctors and hospitals should put patient safety at the top of their list. In cases of potential risk, they should err on the side of caution every time.
Distracted Surgery
Doctors have a human side, meaning that they will make a mistake at some point. However, patients and concerned loved ones find it alarming when a doctor pulls out his phone during surgery, of all places. Could the distraction of cellular devices be causing many such medical errors?
In Dr. Christopher Spillers’s case, the correlation is likely. His patient, Roseanne Milne, came in for a routine heart procedure but never made it through the surgery.
According to investigations, the doctor used his cell phone to text, call, and surf the Internet over 50 times! Spillers also took a photo of an anesthesia monitor during another occasion and posted it on Facebook.
While the doctor saw no harm in his actions, Milne’s daughter did. According to her, “It was absolutely the worst day of my life. I was devastated. I couldn’t believe I was losing my mother that night.”
In another instance, anesthesiologist Dr. Arthur Zilberstein was sending inappropriate text messages during a patient’s stomach surgery. According to the Department of Health, the doctor had sent over 200 texts during similar procedures. While technology can provide huge help to doctors needing quick access, it can clearly turn life-threatening when abused.
The Argument of Cell Phone Use
Doctors using cell phones in the OR holds a multi-faceted argument. First, medical professionals may like the option in order to quickly call for help or access one of the thousands of medical apps available. They can look up vital information that will help them complete their work more quickly.
However, this access has multiple downfalls. The biggest of these is that hospitals cannot adequately monitor personal devices to ensure that doctors are only using them for work purposes. Like Spillers and Zilberstein, they may simply be killing time, jeopardizing patient safety in the process.
In addition to distraction, doctors are increasing the risk for infection. One group of researchers tested the bacteria on five doctors’ cell phones as they went into surgery. They found four of them contaminated with bacteria.
After disinfecting, the phones reduced the contamination but didn’t eliminate it. After one week, most were re-contaminated. While no large studies exist on this topic, neither do hospital disinfecting procedures. Bacteria gets total freedom on these devices that, these days, everyone has with them.
Last, doctors often use their cellular devices to communicate and access patient information. According to a 2016 report by Skycure, 14 percent of doctors store patient data on their phones without as much as a password. Also, over 60 percent of doctors transfer sensitive patient information via text message.
These communications do not have the proper security to protect patient information. Skycure’s report reveals that over 25 million doctors use medical apps with malicious infections. Recent security breaches in the healthcare industry hold serious concern as hundreds of medical organizations deal with them.
While experts cannot give an exact number for medical errors related to cell phones, devices clearly risk patient safety. Doctors should do everything within their power to stay alert and decrease infections during surgery. Staying off their devices will ensure this level of excellence. Hospitals and doctors should work together to put a strategy in place and enforce it. After all, patient safety is at stake.
This article first appeared on AskDrManny.com.