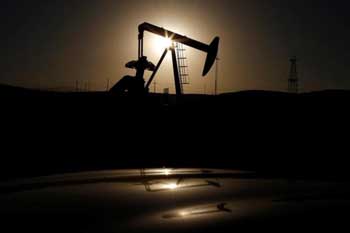 By Irina Slav
Something that’s been whispered about in the last few months is now being talked about loudly: U.S. oil drillers’ debts.

There have been a few notable warnings that shale boomers might want to slow down their production boost lest they bring on another price crash, but the truth seems to be that they can’t do it: they have debts to service.
Now that international oil prices are once again on a downward spiral, drillers are facing a new challenge, according to Bloomberg: their bondholders are no longer optimistic.
Shareholders were the first to start doubting the recovery as it became increasingly evident that OPEC’s production cut agreement is failing to have the effect that everyone—or almost everyone—expected. Energy stocks have generally been on a slide since the start of the year.
Now creditors are joining shareholders. In June, Bloomberg data shows, junk bonds in the energy industry lost 2 percent. To compare, last year energy junk bonds were up 38 percent despite 89 bankruptcies in the sector. The S&P 500 Energy Sector Index has shed 16 percent since the start of the year. According to one Bloomberg Intelligence analyst, energy sector bonds are beginning to trade like stocks, and that’s not good news for the companies issuing them. Bonds are as a rule are much more stable than stocks, and bondholders are a calmer breed than shareholders because the latter get hurt if profits shrink or the company files for bankruptcy. That the former are getting jittery is a signal that there may be more bad news on the horizon.
Perhaps the worst such news would be OPEC and its partners deciding to change their price-influencing strategy and follow the advice of Commerzbank’s head of commodities research, Eugen Weinberg: turn the taps back on. That would be a bold move, and whether OPEC would make it is very far from certain. Yet it seems to be the only one that would work against shale.
The elephant in the shale room is that despite remarkable advancements in cost-cutting, shale drillers have needed to borrow heavily in the last few years—first to grow, and then to survive the downturn. Last year, Moody’s warned that oil and gas drillers and service providers face a debt load of US$110 billion maturing by 2021. Next year alone, the industry would have to repay US$21 billion. By 2021 this will grow to US$29 billion. What’s more, Moody’s said, 65 percent of that debt is speculative-grade, or junk.

Canada’s Cannabis Boom is creating a $30 Billion Investment Opportunity for investors and this small company could explode upwards in the next few weeks as investors start to flock to the space.

Shale drillers have entered a vicious circle, succinctly described by oil analyst Michael Fitzsimmons. They boost production because they need to make money to repay their debts. This production growth fuels the global glut and pressures prices, so the drillers actually make less money than they would otherwise. Debt-servicing expenses rise, so drillers need to continue pumping more to make up for lower profit margins.
t’s an interesting situation in world oil: U.S. drillers are in all likelihood acutely aware that they would fare better if they slowed down their production growth, as prices will certainly rebound as they do every time Baker Hughes reports a decline in the weekly rig count. Yet, it seems they can’t afford to slow down with all this debt looming on their horizon.
The global competitors, OPEC, Russia, and their smaller partners must also be aware that they can do more harm to U.S. shale if they start pumping at maximum capacity. Only they probably can’t afford this, either, not with their budget gaps that were widened by the first stage of the war on shale when OPEC employed the same tactic. What happens next will be interesting to watch—be it increased prices or a train wreck.
By Irina Slav for Oilprice.com