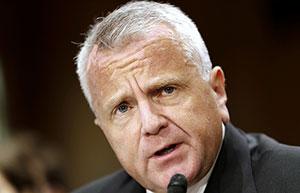 WASHINGTON, July 18./TASS/. Washington has not yet reached a final agreement with Moscow on Russia’s diplomatic compounds earlier seized by the US, Deputy Secretary of State John Sullivan said on Monday.

“Those properties to which we refer are part of a larger dialog with the Russian Federation, involving issues, for example the PNG issue, the Russian diplomats who were expelled. There are a whole host of issues that we are discussing with the Russian Federation,” John Sullivan said at hearings at the U.S. Senate Committee on Foreign Relations when asked about Russian diplomatic compounds closed last December by the administration of the then President Barack Obama.

He pledged that the administration of President Donald Trump will be consulting with the Congress on the issue. “… we will consult with you on this issue before any final implementation of an agreement that we don’t yet have with the Russian Federation,” he said.

In late December 2016, the Obama administration introduced a new round of sanctions against some Russian companies, the Federal Security Service and the Main Intelligence Agency of Russia’s General Staff. Besides that, US authorities expelled 35 Russian diplomats and shut down two Russian compounds in New York and Maryland. Washington attributed these sanctions to cyber attacks against US political institutions, accusing Russia of being involved. However, Moscow fully rejected all allegations.

The Russian personnel’s access to these compounds was barred. Moscow has not given a tit-for-tat response so far.

On July 12, Russian Presidential Spokesman Dmitry Peskov warned that Moscow was running out of patience over the seizure of the Russian diplomatic property in the United States. He said there was no “particular timeline” but “patience is running out indeed and that’s why the situation is unprecedented – both in regard to bilateral relations and international law.”.