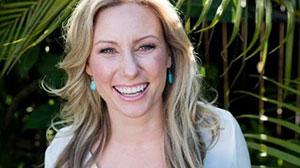 New York: The tragic shooting death of Justine Damond will bring home for many Australians a disturbing phenomenon they had only observed from afar and may have even thought was on the decline: the extraordinary rate of people killed during encounters with police in the United States.

Damond, a 40-year-old meditation teacher and life coach who had been living in the US for the last three years, was killed on Saturday night after calling 911 about a disturbance in her neighbourhood. Details are still emerging but it appears she was outside in an alley near her house, unarmed, when she was gunned down by the police she had contacted for help. Her fiance and family are heartbroken and desperate for answers.

While police shootings dominated international headlines in recent years, they have largely faded from view in 2017, as media around the world became transfixed with the antics of Donald Trump’s election campaign and White House.

But the problem has by no means abated, nor is there any sign it soon will. In fact, political will at the national level is dissipating.

On average, around three people die every day during encounters with police in the US, according to figures collected by the Guardian’s US The Counted project which tracked deaths in 2015 and 2016.*

Justine Damond was the 541st person to have been shot dead by a cop in 2017 alone, according to the Washington Post, which has an ongoing data collection project of its own titled Fatal Force. Their figures suggest deadly police shootings are on track to match or even surpass the totals from the previous two years.

The scale of the deaths simply unimaginable in many other countries around the world. One study by the Australian Institute of Criminology found around five people were shot and killed by police per year in Australia.

No one factor explains the high rate of killings in the US. The high ownership of guns and prevalence of gun crime in America means American cops operate in completely different and more violent circumstances to their Australian counterparts. Around half those shot by police in 2016 were themselves in possession of a gun. But there are other factors – one researcher also cited less training, racial bias and more lax standards as among reasons for why US police officers killed more civilians than those in Europe.

Just a few short years ago, several of these civilian deaths in the US topped the news and the political agenda – from the 2014 shooting of an unarmed young black man, Michael Brown, in Ferguson, Missouri, which sparked weeks of protests and riots, to the 2015 killing of Walter Scott, another black man who was shot in the back from a distance of at least five metres, after fleeing a traffic stop in Charlestown, South Carolina.

What made the issue so explosive – after decades of complaints about excessive force and police brutality, particularly against black Americans – was that many encounters with unarmed civilians were being caught on camera, thanks to the ubiquity of smartphones, CCTV, and proliferation of police body cameras.

Though there has not been a high-profile, on-camera case in the last year, the phenomenon has continued.

While the use of lethal force is not uncommon in America, that it was used against an apparently unarmed white woman in Justine Damond’s case certainly is.

Figures collected by both the Fatal Force project and The Counted project show those who die are overwhelming men and boys. While the majority are white, black men are hugely over-represented relative to the population.

While the vast majority of those shot and killed by police were armed themselves, many were carrying no weapon. In 2016, of the 1011 who died from police gunfire, 103 people were unarmed, according to the Guardian.

One US columnist on Monday questioned whether the shooting death of an unarmed white woman would resonate more strongly with white Americans.

“Maybe, just maybe… millions of white people, for the very first time, will now see a victim of police brutality, and see themselves,” wrote Shaun King in the New York Daily News.

Tackling a problem like this is is hugely complex though, in part because policing in America is so decentralised. Unlike Australia, where there is a single police force in each state, the US is home to more than 15, 000 state and local police departments, plus thousands of other forces like university campus police, making any nationally consistent reform impossible.

One approach former president Barack Obama’s administration took was increasing federal oversight by the US Department of Justice. His administration obtained so-called “consent decrees” through the courts to overhaul police departments where investigations had found patterns of unconstitutional policing, such as racial bias.

But those steps forward are under threat in the Trump administration. Trump campaigned aggressively on a pro-police platform and his Attorney-General Jeff Sessions has ordered a review of all 14 consent decrees issued under Obama, leading to concerns he is preparing to backtrack on them.

No alternative policies are being enacted by this administration to better tackle the problem. Any reform in the next four years is likely to only take place at a state or local level, without White House leadership.

In the meantime, deadly encounters like the one that claimed the life of Justine Damond will continue. *Disclosure: The journalist’s partner is a Guardian US reporter who worked on The Counted.