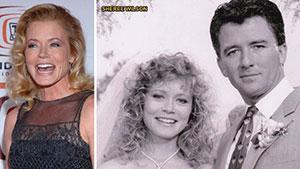 By Stephanie Nolasco -FoxNews.com
Executive producer Leonard Katzman has said over the years that his only regret was killing off April Stevens Ewing in the CBS drama “Dallas,” but he wasn’t the only one who felt that way.