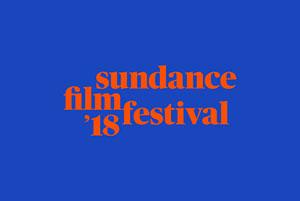 By Dominic Patten
Comic-Con officially kicks off in two days, but with six months to go until the start of the 2018 Sundance Film Festival, the Robert Redford-founded snowy shindig today revealed a new look, a new award and a new selection that spotlights the ever-growing presence of television at the Utah gathering.

Looking in the best way a lot like a 1970s sitcom title card, the official graphic for the January 18-28 SFF (see above) is intended to convey the fest’s “disruptive celebration of imperfection,” according to organizers. Although representing the Beehive State gathering, the new SFF graphic has a Hollywood-ish connection. It was designed in collaboration with 15 students and three faculty members at ArtCenter College of Design in Pasadena.
During the past few years, Sundance increasingly has become almost as much of a TV festival as a film festival, with Netflix, Amazon, HBO, Showtime, ESPN, SundanceTV, Spike, WGN America and even the Big 4 premiering or previewing series there. A lot of those screenings happened outside the official selections of the fest, but no more.
Today, Sundance revealed that next year will see a new section called “Indie Episodic.” Tailored “specifically for stories told in multiple installments,” says the fest with a spotlight on SFF’s indie perspective roots, the new selection is taking submissions (sundance.org/submit) now with an early deadline of August 7.
Another new addition to the SFF landscape is a new audience-voted “Festival Favorite” award for which all features shown at Sundance will be eligible. While similar in format and intent, this does not replace Sundance’s Audience Awards for each Competition section – rather, it stands alongside them
Dropping more news, Sundance also said today that the New Climate section it introduced for the 2017 fest would be back next year.