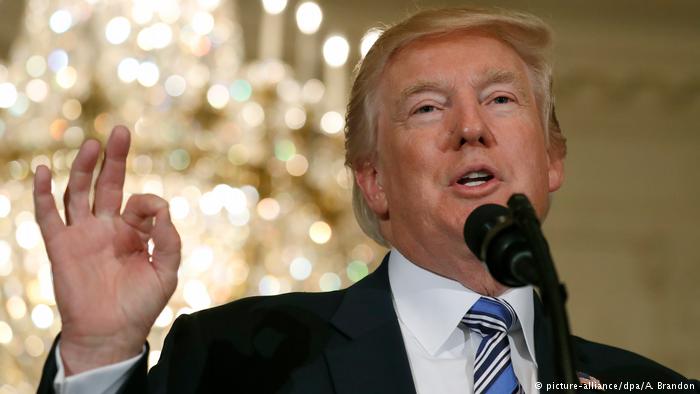 After the Republican attempt to repeal Obamacare collapsed, the party appears likely to move on with President Trump’s legislative program. Next stop fiscal policy and the political minefield that will be taxation.
President Donald Trump was left angry at the failure of one of his oft-repeated campaign promises on Tuesday, as the Senate failed to repeal the Affordable Care Act. “I think we’re probably in that position where we’ll just let Obamacare fail,” the president said. “We’re not going to own it. I’m not going to own it. I can tell you that the Republicans are not going to own it.”

Trump said letting the program fail will encourage Democrats come to the table and negotiate.
“Regretfully, it is now apparent that the effort to repeal and immediately replace the failure of Obamacare will not be successful,” Senate Majority Leader Mitch McConnell (above) said in a statement Monday night.
The failure to pass the bill marks a humiliating defeat for Republicans, who have sought desperately to fulfill President Donald Trump’s campaign pledge to dismantle the 2010 health-care reforms of his predecessor Barack Obama.
Let it go
After an effort to replace the current healthcare system failed, McConnell proposed a new course – the Senate would first vote to repeal the existing laws and then propose an alternative at a later date.
“We will now try a different way to bring the American people relief from Obamacare,” McConnell said on Tuesday.
Soon afterwards, however, two Republican senators said they could not vote to repeal the healthcare system without a new bill. In a statement, West Virginia Senator Shelley Moore Capito said she “did not come to Washington to hurt people,” while Maine Senator Susan Collins said it was not “constructive” to repeal a law and hope for a replacement within the next two years.
Commenting on the news on Tuesday, Trump tweeted that his plan had always been to “let ObamaCare fail and then come together and do a great healthcare plan,” urging his supporters to “Stay tuned!”
Republicans currently hold 52 seats in the upper chamber, giving the party a slim two-seat majority over their Democratic colleagues. McConnell had needed at least 50 of his Republican senators to support the “Trumpcare” bill.
Previously, Susan Collins and three other Republican senators rejected the proposed replacement bill, effectively killing off any remaining chance for the legislation to be passed. A vote had been expected as early as next week.
‘Obamacare’ repeal effort in serious jeopardy
McConnell had already delayed the vote on the bill for a few days due to the absence of Republican John McCain (Arizona) who is recovering from surgery and whose vote would have been needed to pass the proposed repeal-and-replace legislation. After Lee and Moran’s announcements, McCain himself called for a new start on the initiative.
The Congressional Budget Office (CBO), a non-partisan federal financial analysis agency, had yet to provide the figures for the cost and the number of potentially uninsured Americans that the now-dead bill would have caused. However, the CBO’s review of an earlier draft found that the proposed changes would have caused 22 million Americans to become uninsured by 2026, with some low-income people priced out of being able to afford health insurance.
The reason for the CBO’s postponement was not known.
Moving fowards by going backwards?
McConnell revised the bill last week as he attempted to navigate a tricky divide within the Republican party and win support from critical senators who had been holding out on a “yes” vote either because the bill went too far or did not go far enough.
The bill’s main points included repealing the tax penalities on individuals who do not buy insurance and cuts to federal funding of Medicaid, which helps cover health-care costs for the poor and disabled. It would have kept Obamacare’s taxes on the wealthy, but eliminated them on insurers, medical device manufacturers and others.
In light of the current bill’s failure, McConnell said the Senate would press for a vote on a bill first proposed in 2015 that would repeal Obamacare within two years. The later date would give lawmakers time to create replacement measures that would kick in when the two years were up.
Critics
The Democratic leader in the Senate, Chuck Schumer of New York, described Monday’s failure of “Trumpcare” as “proof positive that the core of this bill is unworkable.”
However, in his statement the Senate minority leader did not rule out the possibility of working with Republicans on future health-care legislation.
“Republicans should start from scratch and work with Democrats on a bill that lowers premiums, provides long-term stability to the markets and improves our health-care system,” he said.
Opponents in the Senate had claimed that Republicans were using the repeal of Obamacare as an excuse to end Medicaid. Concern had mounted that the amended bill would also have hiked health costs for people with pre-existing conditions.
A Washington Post poll released Sunday showed Americans preferred Obamacare to the Republican plan by 50 percent to 24 percent. Proponents of the bill believe it would give Americans more choice, greater control and lower costs.
Congressional Republicans said they would now shift their legislative focus from health care to overhauling the nation’s tax code, though this could cause just as many problems for Republicans, with major ideological and regional differences. House Republicans and Trump have proposed eliminating the federal deduction for state and local taxes to help pay for lower
overall income tax rates for everyone.
This would raise about $1.3 trillion (1.1 trillion euros), but would also necessitate cuts in public spending and potentially dig into the pockets of many who voted for Trump last year.
Can Trumpcare live up to its promises?
cmb/bk (AFP, AP)