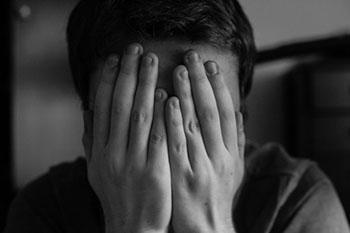 There are a lot of misconceptions out there about major depressive disorder (MDD). Some think that depressed people merely need a change of heart, choosing to think happy thoughts instead of sad ones. Others think that depression results from chemical imbalances in the brain, not entirely untrue. However, MDD has a complexity well beyond these ideas, pushing scientists to find more innovative ways for treating depression.

Software Treatment
Recently, one group of researchers decided to try a treatment with a new angle. Their method, called the Emotional Faces Memory Task (EFMT), was developed by two researchers from the Icahn School of Medicine at Mount Sinai.
To test this method, the researchers asked patients to identify emotions in a series of faces. At each face, the patients also pointed out all previous faces that gave them the same emotion. For ease of use, doctors can give the treatment through an app on a patient engagement platform that has a clinically proven efficacy, called the Click Neurobehavioral Intervention.
While it sounds simple, EFMT aims to balance the hyperactive amygdala with the prefrontal cortex, the part of the brain that makes decisions about incoming information.
During the testing phase, patients using EFMT actually reduced their symptoms by over 40 percent! The control group’s symptoms had only reduced 15 percent, giving little doubt to researchers about the new method’s effectiveness. According to lead researcher Dr. Brian Iacoviello, this treatment works just as well as drug therapy and provides a much safer, unobtrusive route for the treatment.
The Science of Depression
Understanding depression starts with the underlying causes and physical reactions that scientists have observed over the years. Depression holds so much complexity because millions of chemical messages control a person’s mood. While they may not understand every nuance of a specific case, researchers can observe the physical changes.
First, you should understand that your body controls emotions through the brain. In people with depression, the condition directly affects the amygdala, thalamus, and hippocampus regions.
According to Harvard Medical School, researchers now believe that nerve cell generation and function play an important role in MDD. In animal studies, researchers have seen that antidepressants do cause nerve cell growth and improve nerve connections. That fact means that researchers are likely on the right track.
Another observation involves the amygdala, the portion of the brain associated with emotions. Here, scientists have discovered that depressed people have a hyperactivity in this region. This hyperactivity means that they dwell and act on emotions more often than is healthy.
In essence, they do not regulate their emotions well. These new studies are demonstrating and pushing the need for improved methods of treating depression.
Common Treatments for Depression
Outside of this new software treatment, people with depression can use a few other methods. Most require close oversight from a doctor and do include risks and varying levels of efficiency. In alternative treatments, people often respond differently to each kind and may need high determination to find the right one.
Antidepressants
Many people with clinical depression use medication to manage their emotions. The downside to antidepressants, however, is that they target and boost the chemical messages in the brain.
Eventually, this process may improve nerve function and mood, but it can take several weeks. In addition, the medicine can have mild to severe side effects and may even increase suicidal thoughts in some people.
Psychotherapy
Otherwise known as psychological counseling, patients can go to a mental health professional to talk through their emotions. In this option, the professional can help patients get through the root cause of their depression. They can learn to control their emotions. Again, people will respond differently based on their willingness and level of depression.
So far, people commonly use antidepressants and counseling to get through severe depression. These methods can have varying levels of efficiency and safety and don’t always address the root physical causes. While some people do try alternative and lifestyle treatments like taking supplements, these methods need more proven research. Depression sufferers need treatment now that helps them balance and control their emotions. Thanks to the innovative research from Mount Sinai, these people may soon have another path for treating their depression.