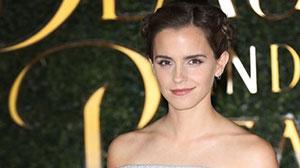 Emma Watson is offering a reward “for information leading to the return” of three missing silver rings, including one that has particular sentimental value.

In a lengthy Facebook post the Harry Potter actress said she accidentally left the items inside a locker’s safe after receiving a spa treatment at London’s Mandarin Oriental Hyde Park. Realising she’d left the rings behind after the spa had closed, she said that security had failed to locate them within the safe but would allow her to come for a closer inspection when it reopened the next day.

In the appeal which was posted out to her 34 million Facebook fans, the 27-year-old described one of the rings, which was from her mother, as her “most meaningful and special possession.”

“Security checked the safe and said there was nothing in it,” she said on Facebook.

“As of now they are missing. Were these just any rings I could accept this, but one of the them was a gift from my Mum.”

She said of the family connection one of the rings holds, “She bought it the day after I was born and wore it for 18 years, never taking it off, and then gave it to me for my 18th birthday. I wear this ring everyday, it is my most meaningful and special possession.”

The post included pictures of the three simple rings. The actress promised there would be “no questions asked” if someone handed them back to her, and while she did not specify the amount she would offer as a reward for the return of the rings, she did offer an email address, [email protected], for anyone with information to come forward.

Watson said her mother’s ring helped inspire the jewellery she wore in the Disney live-action film Beauty and the Beast, according to Buzzfeed.

“The costume designer saw that I had one which my mum had given me, and she was like, ‘Can I design one for Belle?’ because Belle’s mother dies when she’s really young,” Watson told the outlet.

“Anyway, I was really proud of the ring and thought it was so beautiful that I asked if I could keep one and they said I could.”

A spokesperson for the Mandarin Oriental Hyde Park told Standard Online: “The matter is in the hands of the relevant authorities and we are doing all we can to support them with their enquiries.”