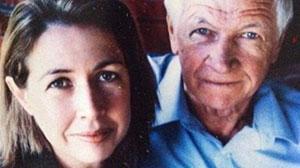 Ian Davies is proof life can turn on a dime. And he remembers the moment it happened.

Thursday morning, November 6, 1986. That’s when a police officer knocked on his door, to tell him his daughter Shari was fighting for her life in an Ipswich Hospital.

She had been abducted from the car park at King George Square after work the evening before, taken on a long lonely drive towards Ipswich, and raped.

Her tormentor, a convicted rapist who skipped a parole meeting, covered her in stab sounds, puncturing her lung, slicing her neck open, and leaving her for dead.

Shari, who was just 22, played dead, and was found by a worker the next morning.

Anyone who lived in Brisbane at that time will remember the case, which served as the impetus for us to start locking our doors at night, and closing our bedroom windows.

But this story is about Ian, and how that moment changed his life. Work didn’t matter much after that. Fighting for victims like his daughter did, and day and night he worked to overhaul victims rights in Queensland.

The Victims of Crime Association exists because of his work. So do victim impact statements. And legislative backing for rights that provide victims with basic dignity and compassion.

That’s thanks to Ian Davies. But here’s the irony about this 78-year-old Brisbane father, and grandfather. He’s also spent the past 31 years helping to rehabilitate the criminals responsible for some our most savage crimes.

First on the Corrective Services Commission. Then on the Serious Offenders Review Committee. Then, for the past five years, the Queensland parole board.

That’s meant he’s not been able to speak out publicly; to give us the benefit of the wisdom he’s built up over more than three decades.

But now, with a new parole board announced, he can – and he says he’s decided to do that, despite being warned he shouldn’t.

Thank goodness. With the political tit-for-tat over crime, it’s rare that we are able to access the expert advice, we need to hear.

So here are a few of Ian Davies’ views:

And he believes our judges need to think more about the sentences given to those who sexually abuse children. “As far as sex offences against children, I don’t understand their thinking. It’s my pet hate. No one should touch a child,” he says.

Ian Davies believes about one third of prisoners in our jails have an ice addiction. Drugs, including prescription drugs, continue to make their way into jails. “Some of these pushers are making hundreds of thousands of dollars doing that stuff. It’s a big market,” he says.

Children as young as 10 are taking drugs, and many are moving quickly from juvenile detention to adult prisons. “Where are they getting these drugs from? It’s got to stop,” he says.

Some prisoners are taking taxpayers for a ride, launching judicial review claims when they don’t get their own way. And it’s the taxpayer who stumps up with the money for them to do that. Ian Davies says it is costing millions of dollars. “Queensland is the only state with it. We’ve got to have a watchdog but ensure it is not misused,” he says.

While on prisoners, Ian Davies believes they should be forced to work, while in jail. At the moment, it’s voluntary. People outside jail have to work, but prisoners are given free clothes, and food. “I don’t know why labour was stopped,” he says. Perhaps the families of those who refuse to work should have to pay for their own food, or clothes?

It was unfair to label jail as comfortable. Life inside is regimented, and the right to think for themselves is taken away from prisoners. “One day would be as long as a week for those on the outside,” he says. The worth of bracelets, given to keep track of prisoners once they leave jail, is limited, he says. “A bracelet only tells you where they are; not what they are doing.”

Ian believes that something has gone dreadfully wrong with our education system, where those who could not keep up academically were being cast aside. Literacy levels in jail were appalling, with prisoners unable to spell basic words like “around” and “tomorrow”.

The effect of this has been made worse by lower-end jobs – like cutting grass or working in clothing factories – being taken over by automation. This has left many teenagers bored, and looking for trouble. “We’ve got to change education to focus on what the job market is going to be,” he says.

“My daughter. Her guts. The way she handles herself,” Ian Davies says. It’s an achievement, second to none. But why has he devoted so much time and energy helping prisoners rehabilitate, when he almost lost his daughter to a convicted rapist?

“He was just one bloke. If you’re not prepared to do something then you have got nothing to complain about. You can’t just help victims and have no one try to straighten the others out.”

If only we could clone him.

EXCLUSIVE: Iran tells Iraq factions ‘no attacks on US targets until Trump is gone’