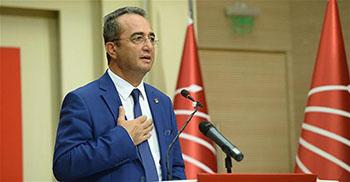 The main opposition Republican People’s Party (CHP) has slammed the Education Ministry for adding the concept of jihad as part of “Islamic law” in school books.

“They are trying to install an education of values based on jihad,” CHP spokesperson Bülent Tezcan said after the party’s Central Executive Board meeting on July 19.

“By embedding a jihadist education of values they are trying to plague the brains of our little children with the same understanding that transforms the Middle East into a blood bath,” Tezcan said.

His comments came after Education Minister İsmet Yılmaz said on July 18 that the final version of Turkey’s national school curriculum added the concept of “jihad” in many classes of religion.

“Jihad is an element in our religion; it is in our religion. The duty of the Education Ministry is to teach every concept deservedly, in a correct way,” Yılmaz said.

Tezcan criticized the changes to the curriculum, arguing that the concept cannot be thought as a “shared value.”

“While radical terrorist organizations like ISIL [Islamic State of Iraq and the Levant] or Al-Qaeda are shedding blood under the name of jihad, which understanding of jihad are you going to present as a shared value?” Tezcan said.

“Instead of an education which features reason and science, how can you not promote the culture of conciliation, or cohabiting and peace but instead hand Turkey over to such uncivilized understanding despite the disasters that jihadist understanding has brought to the world,” he added.

CHP stands against uniform for suspects

Asked about the current debate on a uniform to be prepared for Fethullahist Terrorist Organization [FETÖ] suspects in courts, the CHP spokesperson labelled such practices as “archaic.”

Stating that the state has a right to take measures to prevent the suspects from making propaganda in court, Tezcan said: “It is not possible for the CHP to accept archaic practices such as standardized outfits, which does not correspond with reasonable measures.”

“We have a painful and insufferable past regarding this [uniform] subject,” Tezcan said, in reference to the Sept. 12, 1980, military coup, which forced suspects to wear uniforms when appearing in courts.

“With such issues, measures should be taken with reason and common sense, not with feelings of revenge and retaliation,” he said.

“Resorting to archaic methods is a result of an outdated mindset,” he said.