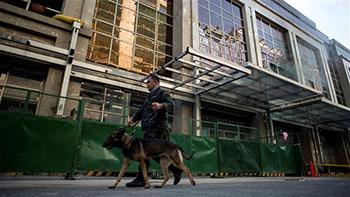 Forty four Chinese and Malaysian suspects have been detained in the Philippines over the kidnapping and beating of a Singaporean woman abducted at a Manila casino, authorities said Thursday.

Police found the victim Wu Yan, 48, at a Manila condominium on Tuesday, a day after her abduction by two Malaysian members of the gang, Justice Undersecretary Erickson Balmes said in a statement.

“(She) was held, deprived of her right to liberty and was beaten and threatened by her kidnappers, who demanded $180,000 for her release,” Balmes added.

Two Malaysians, along with 42 Chinese suspects, were arrested after her rescue and would be charged with kidnapping, police said.

Recent kidnappings and an arson attack on another Manila casino that killed 37 people last month, have raised safety concerns.

On Thursday, national police chief General Ronald Dela Rosa vowed a crackdown on kidnappings as he paraded the detained suspects before television cameras.