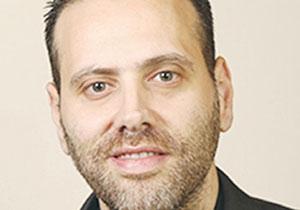 A protracted struggle by residents of Khawaled in the Haifa District to get a paved access road they say is crucial for jobs and integration into society has received a major boost, with a Knesset committee throwing its support behind the Beduin villagers.

At a meeting on Tuesday of the Special Committee for Distributive Justice and Social Equality, it was decided “to advance the issue of the access road with the budgetary wing of the Finance Ministry,” MK Micki Zohar (Likud), chairman of the committee, told The Jerusalem Post. “The Transportation Ministry and the [Zevulun] Regional Council are ready for implementation, all that is needed is the budget.”

The committee’s backing is seen as a possible turning point in a longstanding, frustrating battle to get 2 kilometers of an Ottoman road that is now treacherous and full of rivulets and potholes paved to shorten the trip to Kiryat Ata and nearby kibbutzim, where Khawaled residents get services and work. Today, they are forced to take a 17-kilometer detour to get to Kiryat Ata.

“Paving that road is our gate to Israeli society and essential for making a living, a basic right,” said Ishmael Khaldi, who is leading the struggle to improve conditions in Khawaled, which has about 700 residents and was recognized by the Interior Ministry in 1993. “Not paving it blocks the right to work and medical care and is a barrier to integration.”

Zohar agrees. “It is necessary to pave the road. They need access like all citizens of Israel. This village was recognized many years ago and you have to pave a road for Khawaled just as you do for any other town.

“This is a community that is loyal to Israel, they serve in the army and you have to give them everything they deserve,” the MK said.

He said the reason the road has not been paved thus far “may very possibly be because of discrimination.”

Khaldi blames the Zvulun Regional Council for not paving the road. “It seems we’re not in their top priority.

It’s clear discrimination that the road has not been paved. The road is there, but they didn’t pave it – I don’t know why.”

Zvulun Regional Council Adviser Shlomo Kfir said the council had supported paving the road but that it was held up by governmental “bureaucracy.”

“The minute there is a budget, we will happily implement it,” he said.

“It will make things easier for us and for them and establish a better connection.

We are neighbors who live next to each other. I want things to be good for my neighbor, then they will be good for me too. This will give them quicker access to Kiryat Ata.”

Kfir, who attended the Knesset session, said, “We have to come together to do more things for the village.”

Zohar said another outcome of the committee meeting was a decision to lobby against the planned closure of Khawaled’s Tipat Halav mother and child station.

Khaldi said residents are striving for recognition of Khawaled as a Beduin Tribal village. This would give them the right to decide who can live in the village. At present lots for housing are being allocated to people from other tribes and even non-Beduin, something that he says threatens the community’s character.

“We are a tribe with a heritage and we want to keep our customs and lifestyle,” he said.

Of the MKs, he said: “They are supportive, they are helping us push issues forward.” But he added that the battle is far from over.