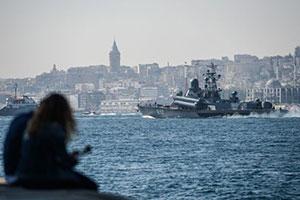 By Tim Whewell- BBC World Service
The ship spotters of Istanbul have become a key resource for diplomats and intelligence experts, alerting the world to the scale of Russia’s campaign in Syria.