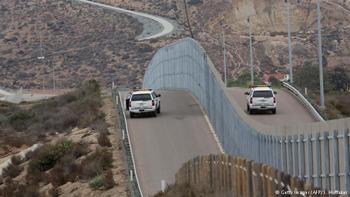 WASHINGTON/OTTAWA (Reuters) – Top Canadian and Mexican diplomats expressed optimism on Thursday that a NAFTA deal could be reached early next year and cautioned that widespread uncertainty over the future of the three-way trade agreement had slowed business investment.

Mexican sources say the plan is to hold seven rounds of talks at three-week intervals, a schedule that trade experts warned was aggressive and not easily attainable.
Mexico’s ambassador to the United States, Geronimo Gutierrez, said his country wanted to get the negotiations over before a presidential election campaign ramps up next year.
Gutierrez said no country would want trade discussions during a campaign.
“That is not wise … because it becomes a Christmas tree, everybody wants to hang something onto the Christmas tree,” he told an audience at the Washington International Trade Association conference.
U.S. officials say there is growing concern within the administration, business community, and among U.S. lawmakers that the policies of President Donald Trump could embolden anti-U.S. populist Andres Manuel Lopez Obrador.
The Trump administration released its objectives for the talks on Monday. The first round will start on Aug. 16.
Gutierrez said there was still a possibility that Trump could back out of the talks.
“In all honesty, I can’t say that risk has been completely dismissed,” he said, “No one would sit down and negotiate under a strong threat that at any time he would pull out.”
FILE PHOTO – Trucks wait in a long queue for border customs control to cross into the U.S. at the Otay border crossing in Tijuana, Mexico, February 2, 2017.Jorge Duenes/File Photo
Gutierrez said all three governments agreed that uncertainty over the future of the North American Free Trade Agreement had to be dealt with quickly.
“Investment decisions throughout North America have been, to the best of my knowledge, postponed because of uncertainty,” he said without elaborating.
Still, the Philadelphia Federal Reserve said on Thursday its index of current business conditions in the mid-Atlantic region had fallen to a reading of 19.5 this month, the lowest since last November, from 27.6 in June.
Mexican Ambassador to the United States Geronimo Gutierrez Fernandez speaks at a news conference at the Mexican Embassy in Washington March 9, 2017.Aaron P. Bernstein
A gauge of future capital spending increased 13 points, with 43 percent of firms indicating they planned to boost spending over the next six month, it said.
David MacNaughton, Canada’s ambassador to Washington, said while it would be a challenge to finish negotiations over just four months, it was possible.
“I do genuinely think all three parties want to find a solution to this because (of) the uncertainty that has been created … people defer making decisions,” said.
Canadian and Mexican officials met in Ottawa on Wednesday but spent little time on substance of the talks, given uncertainty over how much could be achieved by the end of 2017, said a well-placed source. “There’s a 99 percent chance the negotiations won’t be finished by then,” said the source.
The three nations will also require all those involved, including stakeholders and lobbyists, to sign non-disclosure agreements.
A Canadian official said the move was designed to allow officials “to have frank conversations knowing it won’t be in the public domain two hours later”.
Reporting by Lesley Wroughton in Washington and David Ljunggren in Ottawa; Editing by James Dalgleish