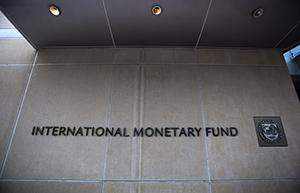 WASHINGTON, July 21. /TASS/. The Executive Board of the International Monetary Fund (IMF) has reached an agreement on the provision of 1.6 billion euros ($1.8 billion) conditional loan to Greece, according to a statement from the IMF.

The international financial body stated that the $1.8 billion stand-by arrangement for Greece was approved by the Executive Board “in principle.”
“The arrangement, which supports the authorities’ economic adjustment program, has been approved in principle, which means it will become effective only after the Fund receives specific and credible assurances from Greece’s European partners to ensure debt sustainability, and provided that Greece’s economic program remains on track,” the statement from the organization said.

“A second Executive Board decision is needed to make the arrangement effective,” according to the IMF statement. “The arrangement will expire on August 31, 2018, shortly after the expiration of the European Stability Mechanism program.

Commenting on the decision made by the IMF Executive Board, its Chair and IMF Managing Director Christine Lagarde said: “I strongly welcome Greece’s new economic adjustment program, which focuses on policies that will help restore medium-term macroeconomic stability and growth, and supports the authorities’ efforts to return to market financing on a sustainable basis.”

“As we have said many times, even with full program implementation, Greece will not be able to restore debt sustainability and needs further debt relief from its European partners,” Lagarde stated. “A debt strategy anchored in more realistic assumptions needs to be agreed.”

“I expect a plan to restore debt sustainability to be agreed soon between Greece and its European partners,” she said. “Effectiveness of the new Stand-By Arrangement is contingent on this agreement on debt relief, as well as implementation of the program.”.