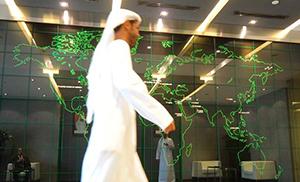 DUBAI: Advertised job vacancies in the UAE fell during the second quarter compared with the same period last year, a recruitment consultancy said.

Robert Walters Middle East said the number of advertised vacancies dropped by 38 percent, according to its latest jobs index.
“Market conditions remain tough in the professional space across the Middle East. The timing of Ramadan and Eid falling in 2Q this year has had an impact in the significant reduction in advertised jobs,” said Jason Grundy, the country head at Robert Walters Middle East.
There was however a significant uptick in available roles after Ramadan and the Eid holiday celebrations, Grundy noted.
Working times in the UAE private sector during Ramadan were reduced by two hours while government offices had a condensed work schedule from 9am to 2am.
Professional services jobs were the worst hit during the quarter, while postings for procurement and supply positions down by almost a third.
Requirements for other segments such as finance and accounting, legal and sales and marketing did however see single-digit declines, indicating roles may have already been sourced during the previous periods.
“Despite tough market conditions, we predict a double-digit increase in professional jobs advertised in the professional space in the third quarter of 2017, which we (are) due to report in early October,” Grundy said.