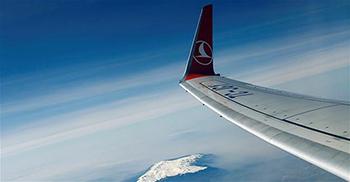 The U.K. has informed Turkish officials that it would lift the electronics ban on flights from Turkey, state-run Anadolu Agency reported on July 20, citing diplomatic sources.

The sources said that Alan Duncan, Britain’s minister for Europe and Foreign Minister Boris Johnson both called Turkish Foreign Minister Mevlüt Çavuşoğlu to tell him the ban was being lifted.

The United States has ended ban on passengers carrying laptops onboard U.S. bound flights from certain airports in the Middle East and North Africa, bringing to an end one of the controversial travel restrictions imposed by President Donald Trump’s administration, according to data compiled by Reuters on July 20.

Riyadh’s King Khalid International Airport was the last of 10 airports to be exempted from the ban, the U.S. Department of Homeland Security (DHS) confirmed in a tweet late on July 19 local time.

Middle East carriers have blamed Trump’s travel restrictions, which include banning citizens of some Muslim majority countries from visiting the United States, for a downturn in demand on U.S routes.

In March, the United States banned large electronics in cabins on flights from 10 airports in the Middle East and North Africa over concerns that explosives could be concealed in the devices taken onboard aircraft.

The ban has been lifted on the nine airlines affected — Emirates, Etihad Airways, Qatar Airways, Turkish Airlines, Saudi Arabian Airlines, Royal Jordanian , Kuwait Airways, EgyptAir and Royal Air Maroc — which are the only carriers to fly direct to the United States from the region.

A ban on citizens of six Muslim-majority countries — Iran, Libya, Somalia, Sudan, Syria, and Yemen, — remains in place though has been limited after several U.S. court hearings challenged the restrictions.

“The aviation industry has been trying to come together with a united message to governments and stakeholders about regulation and supporting the industry,” said Will Horton, senior analyst at Australian aviation consultancy CAPA, as quoted by Reuters.

“That was dealt a first blow from the travel ban and then a second from the large electronics ban.”

Leading industry group the International Air Transport Association (IATA) criticized the laptop ban as ineffective, as security experts argued that militants could travel to the United States via Europe or elsewhere where the restrictions didn’t apply.