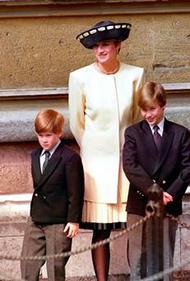 Twenty years on from her death, Princes open up about their memories of mother Diana