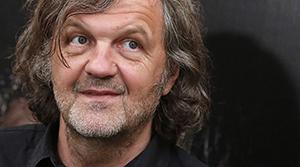 Crimea’s reunification with Russia is an “organic” process, Serbian movie director, Emir Kusturica, told journalists in Yalta, saying, that those living on the Peninsula do not need approval from abroad to build their lives as part of Russia.

“There are forces in the world that divide but on the other side there’are [forces that] unite,” the award winning film director and musician, said before staging a concert with his group, The No Smoking Orchestra.
“When Crimea became part of Russia, I thought it had always been Russia…There was no war here, there was a referendum where people said: ‘We want to live with Russia.’ It is an organic process,” Kusturica said.
He noted that people on the peninsula are part of the country and that they basically did what they “should have done” when voting “YES” during the referendum in March of 2014.
The Serb pointed out that Crimean lifestyle and culture serves as “proof that you are Russia.”
Locals in Crimea should now focus on building their lives as part of the country without waiting for international recognition of Crimea’s ascension, he advised.
“You must do what you are doing, [building] a huge airport, good motorways, infrastructure, and Crimea will be beautiful… and your life will be in your hands. It doesn’t matter what they think [in the West],” he said.
Crimea became part of the Russian Empire back in the 18th century but was reassigned to the Ukrainian Soviet Socialist Republic in 1954 by the Soviet Union’s ruling presidium.
After the collapse of the Soviet Union, Crimea became an autonomous region in Ukraine. Following the 2014 coup in Kiev, Crimeans voted overwhelmingly in a referendum to rejoin Russia. Their decision has not been recognized by Western powers.
In April, president Vladimir Putin’s spokesperson said Moscow won’t “trade” Crimea for lifting sanctions imposed by the West on Moscow over the reunification.
“The very idea of conducting a second referendum in Crimea contradicts the fundamental principles of today’s Russian policy,” Dmitry Peskov, said.
In February last year, Russia’s Foreign Minister Sergei Lavrov noted that even if Moscow agrees to hold another referendum, its results would be also challenged by the west under a new pretext in order to maintain tense relations with