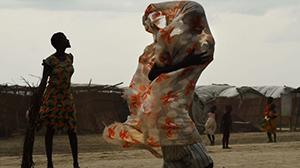 WARNING: The content of this story may be distressing.

South Sudan’s brutal civil conflict has prompted a massive upsurge of sexual violence, as the country’s Nuer and Dinka tribes seek to dominate and humiliate one another.

Rape, gang rape, sexual slavery, mutilation, torture, castration and forced nudity are being inflicted mainly by men of both sides on people, mainly women and children, whom they perceive as being representatives of the enemy.

“This is premeditated sexual violence on a massive scale,” according to Amnesty International’s East Africa regional director Muthoni Wanyeki.

​”These indefensible acts have left the victims with debilitating and life-changing consequences, including physical injuries and psychological distress. Many survivors have also been shunned by their husbands and in-laws and stigmatised by the wider community.”

The conflict in Christian-majority South Sudan began in December 2013 when the freshly independent country’s president Salva Kiir, a member of the Dinka tribe, fell out with his vice-president Riek Machar, a member of the Nuer tribe, accusing him of plotting a coup. Their supporters took to the streets and countryside to fight.

For their new report, “Do Not Remain Silent”, Amnesty International’s researchers interviewed 168 victims of sexual violence in cities, towns and villages across four states in the conflict-riven nation.

The vast majority of victims are women and children, the report’s researchers found, but civilian men have also been attacked. Some have been raped, others castrated or had their testicles pierced with needles. The effects have been devastating, the report says.

One female victim is now HIV positive, many are suffering physical side effects such as incontinence or fistulas, and a large proportion have symptoms of post-traumatic stress, including nightmares, loss of memory, lack of concentration and thoughts of revenge or suicide.

Nyagai*, who was gang-raped by government soldiers in the capital Juba in July 2016, said she had lost her religious faith. She said she stopped going to church and does not pray anymore.

“Satan went through me the day I was raped,” she said.

In most of the cases Amnesty documented, Dinka men attacked Nuer women and Nuer men attacked Dinka women. People are identified by language or by the distinctive patterns of ritual tribal scarring on their faces.

“They were telling me that I should blame God for creating me a Nuer,” said 36-year-old Nyachah*, who was raped by seven government soldiers in Juba. Her attackers were dressed in Presidential Guard uniforms and spoke Dinka, she said.

“When I am asleep, I can still hear the voice of one of them telling me ‘Are you enjoying me? I am enjoying you’,” Nyachah said.

After the violence began in 2013, the United Nations was prompted to open a Protection of Civilians camp near Bentiu, in the country’s north. That camp now houses about 100,000 people.

However, as Fairfax Media discovered on a recent visit to the camp, many there complain about a lack of food as the United Nations struggles to raise the money to feed all the people under its protection. Women regularly leave the camp to find food or the firewood with which to cook it.

Nyaluok, 33, was beaten after she left the camp to collect wood.

“We know very well that people are being killed in the bush, but better to die on our way looking for food to feed our children. God knows, if you are lucky you won’t meet them and if you do, that is fine, because we have no other choice.”

*Names have been changed