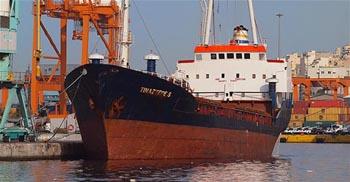 China’s government has earmarked cruise shipbuilding as a major objective in its “Made in China 2025” program to upgrade its domestic manufacturing and support jobs at its shipyards, as domestic demand for cruise trips increases 30 percent a year.
This push into the higher-value cruise vessel sector is rattling European yards, leaders in an industry that requires sophisticated supply chains to make and fit out complex luxury liners. Some European shipbuilders fear China could come to dominate the cruise ship market, much as it has done in cargo ships over recent decades.
“This is a state objective that threatens to cause tremendous distortion in competition,” said Reinhard Luken, chief executive of the German Shipbuilding and Ocean Industries Association (VSM), which represents German maritime firms such as shipbuilders Meyer Werft and Meyer Turku.
“There are almost endless resources available if China has set a goal.”
Still, learning how to build cruise ships will not be easy for the Chinese, given the complex web of suppliers needed to furnish items from luxury carpets to soundproofing, industry experts say.
Japan’s Mitsubishi Heavy Industries (7011.T) quit building European cruise liners in October after its losses on two vessels for cruise operator Carnival Corp (CCL.N) topped $2 billion.
“It’s a hotel on the sea, (and) requires at least a few hundred suppliers,” said Lin Li, general manager at Lloyds’ Register’s Greater China marine and offshore business development department.
China’s shift into the cruise sector also comes as global demand for cargo ships has collapsed, shuttering scores of Chinese yards.
European Expertise
At the Shanghai Waigaoqiao Shipbuilding yard (600150.SS) at the mouth of the Yangtze River, China State Shipbuilding Corp (CSSC) has brought in European advisers, including Italian shipbuilder Fincantieri (FCT.MI), to help it learn how to compete in building cruise ships.
It has also attracted foreign suppliers such as Finland’s Wartsila (WRT1V.HE) to set up local joint ventures.
“Fincantieri has brought a few hundred workers here, and CSSC has sent technical staff to England for training,” said Alan Mong, a CSSC employee, during a recent media tour of the yard.
CSSC’s order for two cruise ships, which will be able to carry up to 5,000 passengers, is part of a $1.5 billion deal signed in February with Carnival and Fincantieri. That deal, three years in the making, also includes an option for four more ships.
Labourers work at Shanghai Waigaoqiao Shipbuilding Co., Ltd. in Shanghai, China June 15, 2017. Picture taken June 15, 2017.Aly Song
Fincantieri was encouraged to help China by Carnival, its biggest customer, which is itself pushing to develop China cruise lines, said two industry executives familiar with the local market. They asked not to be named as they didn’t want to jeopardize business relationships.
They said Carnival was told by the Chinese government it could only grow in China’s cruise market – projected to be the world’s second largest after the United States by 2030 – by helping the domestic industry develop.
CSSC did not respond to Reuters’ request for comment. China’s Ministry of Commerce declined to comment, saying it was a company matter.
Carnival said it encouraged Fincantieri to participate in the shipbuilding project, but noted its own plans to launch China’s first domestic cruise line with CSSC and China Investment Corp were negotiated independently. Fincantieri said it got into the Chinese market “based nothing more than on an analysis regarding the business opportunities from the great potential of the market.”
Discounts
Other Chinese yards are following suit, offering discounts of up to 30 percent, and earlier delivery, to win orders from Western cruise lines.
In March, China Merchants Industry Holdings agreed a deal to build up to 10 vessels for Miami-based SunStone Ships, and Xiamen Shipbuilding Industry Co won a 194 million euro ($222 million) order from Finland’s Viking Line (VIK1V.HE) in April for a 2,800-passenger cruise ferry.
“We were surprised at the number of interested yards,” said Viking Line’s CEO Jan Hanses, saying he received interest from six Chinese yards, including Guangzhou International Shipyard, Yantai CIMC Raffles and AVIC Weihai Shipyard.
“Competition is always good… If the European yards are left without competition they will stagnate.”
European yards currently have 68 cruise ships on order up to 2025, according to data from industry publication Seatrade Cruise, comfortably ahead of other regions.
But Nathalie Durand-Prinborgne, a representative for labor union Force Ouvrière’s section at shipbuilder STX France, said there are fears that French shipyards could eventually abandon the cruise market to the Chinese, as they did with LNG tankers.
Because of technology transfer concerns, she said the union opposes Fincantieri’s proposed takeover of STX France, which employs 2,600 people at the western port of Saint-Nazaire.
“In allying itself with the Chinese, Fincantieri not only shot itself in the foot, but also fired into ours,” she added.
And Raoul Jack, principal consultant at PFJ Maritime, an adviser to Chinese yards entering the cruise market, says it may be futile to try and stop the shift.
“Every yard is looking at the markets that are the most buoyant,” he said.
Reporting by Brenda Goh, with additional reporting by Guillaume Frouin in NANTES and SHANGHAI Newsroom; Editing by Ian Geoghegan