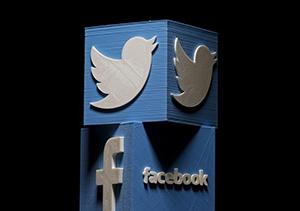 BRUSSELS (Reuters) – European Union authorities have increased pressure on Facebook, Google and Twitter to amend their user terms to bring them in line with EU law after proposals submitted by the tech giants were considered insufficient.

The European Commission and consumer protection authorities in the bloc wrote to the three companies in June, asking them to improve their proposed changes to user terms by the end of September, according to letters sent to the companies and seen by Reuters on Monday.

The authorities have the power to issue fines if the companies fail to comply.

The authorities’ concerns center mainly on procedures the social media companies proposed to set up for the removal of illegal content on their websites, terms limiting their liability and terms allowing them unilaterally to remove content posted by users.

The U.S. trio were given until July 20 to submit new proposals, which need to be implemented by the end of September, the letters said.

A person familiar with the matter said that two of the companies had submitted amended proposals, while a third had asked for more time, declining to specify which one.

The companies had first proposed changes to their terms and conditions in March to assuage the regulators’ concerns in March. The sticking points were terms such as those that forced European consumers to seek redress in California, where the companies are based, instead of the consumer’s home country.

U.S. technology companies have faced tight scrutiny in Europe for the way they do business, from privacy issues to how quickly they remove illegal or threatening content.

The authorities and the Commission asked the companies to provide more detail on the timeframe and deadlines they would apply to dealing with notifications of content deemed illegal under consumer law, as well as dedicating a page or email address to notifications from consumer authorities.

In addition, the bodies are pressing for a procedure whereby consumers would be notified before their content is removed or given an opportunity to challenge it.

In the case of Alphabet’s Google unit, the concerns were about its social network Google+.